The Patience of Job

This past month I preached from the book of Job twice in a row.  I've never done that before--even though it shows up in the lectionary (a three-year cycle of scripture readings for Sunday worship) on a regular basis.  Once was always enough.  It is, in so many ways, such a distressing story!  Who wants to have to wrestle with it any more than necessary?  Yet somehow, this year, it seemed to invite a closer examination.  Maybe it is the a sign of these trying times--I don't know.

Whatever the case, I am newly impressed by Job's tenacity.  He loses his home, his wealth, his family, even his health, yet he soldiers on.  We routinely speak of someone having "the patience of Job," but when you look at the text closely, you realize that doesn't mean he's quiet or uncomplaining.  What it does mean is that he stays in the fight.  He doesn't give up on God, he doesn't even really give up on himself.  As they used to say about watches, "he takes a licking and keeps on ticking!"

Job is said to be a folktale.  And I would agree with that scholarly assessment.  But not because it is unbelievable.  In fact, I know a few Jobs.  I know some men and women who have faced a multitude of challenges and losses in life and yet who have kept moving on, one step, one day, at a time.  And even as Job inspires me to persevere in the midst of strife and difficulty, so too these Job-like folks who I know personally.  The way they handle life gives me hope.

This morning we received a phone call from my sister-in-law, whose thirty-eight year old developmentally-disabled daughter died overnight.  When she was first diagnosed the doctors said she wouldn't live past puberty.  As my wife said, "She sure made fools of those doctors!"  She was non-verbal, and had a host of medical issues.  But my sister-in-law, and her late husband, refused to give up on her.  And though they faced challenge after challenge as they companioned her through life, they never gave up.  Never.

My late brother-in-law often compared himself to Job--and he could complain with the best of them.  But he and my sister-in-law refused to abandon their daughter.  Together they taught so many of us what it means to really love.  And unlike the Book of Job, that is no folktale.  Rather, it is a profound truth born out of reality. 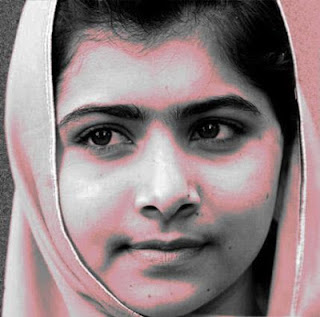 She was outspoken.  She was brave.  She was fourteen.  Malala Yousafzai, the young Pakistani girl attacked recently by the Taliban while coming home from school, was shot because she was willing to speak out about the need for girls to be educated.

The outcry has been widespread.  From outraged Pakistanis to politicians in this country, folks have let it be known that this is just plain wrong.  Yet, as several folks have noted, the reality is that education is the greatest threat that the Taliban and other terrorists face.  For when people have knowledge, when they understand the truth, they are less likely to be taken in by the promises of those who would rule the world by violence.


Apparently Malala is going to recover from her attack.  The bullets just missed killing her.  And for that we can be grateful.  But what is to come of the whole incident?  Will the story simply fade away, as so many do--or will we recommit ourselves to working for universal access to education?  All children deserve the chance to learn.  All children deserve the chance to be educated.  Boy children and girl children.  All children.  Here in the United States and around the world.

The future is scary enough--let's not compound the threats that seem to loom ahead with ignorance.  Let us work together to help secure that the next generation be an informed and educated generation.  Volunteer at your local school.  Support the efforts of UNICEF.  Read to your children, your grandchildren.  Write letters to your representatives in government urging that education be a priority here and abroad.

Malala wasn't willing to keep silent--neither should we.
Posted by John H. Danner at 3:45 PM No comments: 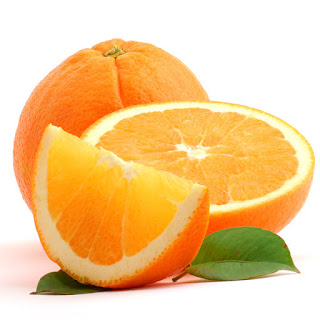 Here in Florida we are mighty proud of our oranges.  They feature prominently on our license plates, they provide names for some of our cities, one of our counties, and at least two of our sports arenas.  And one of the most important products produced here in Florida is orange juice.

If you haven't purchased OJ lately you may not know you can choose your "pulp-level".  Do you like your juice smooth?  Then go for No Pulp.  Do you like it filled with bits of orange?  Then go for Lots of Pulp!  And there are usually two or three gradations of pulp.  Little Pulp, Medium Pulp--it sounds like a citrus version of the Three Bears.

Recently I learned something about the OJ process that really surprised me.  When they process the breakfast treat, they don't filter out various amounts of pulp, rather, all versions of OJ start as the basic smooth variety. Then they add the pulp at whatever level is required!

I got to thinking about that, and in addition to getting thirsty, I realized that's a lot like the way we human beings are put together.  We all start out as the basic smooth variety, so to speak, and then various distinguishing elements are added as we go along.  Religious beliefs, nationality, ethnic backgrounds, language skills . . . lots of variations.  But we all start out fundamentally the same.

Why is that so hard for us to remember?  Think how much better this world would be if we could see past the differences and recognize the basic similarities?

What's On YOUR Ballot? 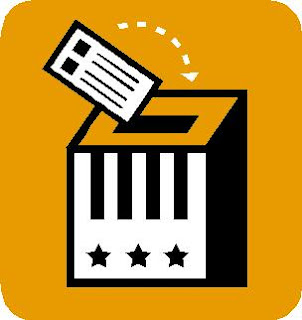 Sometimes reading the newspaper or watching television or surfing the Internet you come away thinking the only matter being decided in our upcoming election is the presidency.  But of course, that is not true.  We will all be electing (or re-electing) representatives to congress, and in many states, US senators, governors, state representatives and all manner of local officials, from mayors to dog catchers.  People in many states and localities will also be weighing on various judgeships.  (I have a friend who is running for City Judge in a small city in upstate New York.  Some folks there don't even know what the City Judge does!)

In some states, including Florida, we will be doing more than electing governmental officials.  We will also be voting on various questions of law, including, in some instances, constitutional amendments.  There are eleven such questions on the Florida ballot.  And it worries me.  Many people don't even bother to read them, much less vote on them.  And often they are worded in such a way as to be confusing unless you've done your civic homework and researched them in advance.

Here in Florida two of those constitutional amendments have a lot to do with issues about which most people have a very strong opinion--yet they will fail to register their opinion in the most powerful way possible.  They will fail to vote.  Item number 6 on the Florida ballot has to do with public financing of abortions.  In essence, it would amend the constitution in such a fashion as to prohibit any use of public funds for abortions.  Period.  That would mean all public employees, from bureaucrats to highway workers, would be barred from having abortions paid for by their employee-provided health care plans.  (There are exceptions allowed for in the case of rape, incest or endangerment of the mother's life.)

A second amendment, item number 8 on the Florida ballot, would prohibit denying governmental monies being paid directly to institutions due to their religious beliefs.  This amendment is being called by it's supporters the religious freedom amendment, but it does raise serious questions about church-state relations.  Yet many, many folks will fail to weigh in on it!

So what's on your ballot?  Have you taken time to find out?  If not, I urge you to become an educated voter, and then to use your right to vote to register your opinion not just on those at the top of the ballot, but on all the candidates and all the issues.
Posted by John H. Danner at 6:22 PM No comments:

Like most everybody I know, I love a bargain.  I love getting a real deal!  That's why I'm signed up for not one but two of the e-mail coupon services that provide a daily e-mail with the chance to purchase a really good coupon.  Usually it amounts to 50%--sometimes in the form of a two-for-one offer.

I've gotten several good meals this way from local restaurants wanting to lure me in.  I've saved money on coffee at Starbucks.  And the best deal of all was the coupon that provided $200 off a mattress just when we were looking for a new one for our guest room!  We got a $400 mattress for half-price!  You have to be careful, and only buy what you really need--but that's always true with coupons!

I must say though that I was a bit surprised, and somewhat upset, by the e-mail that arrived yesterday offering a deal on a concealed weapons permit class.  For only $29 I could purchase a $64 two-hour class, that according to the e-mail, would "qualify [me] to apply for a state CWP/CCW* permit."  I would be trained in an air-conditioned facility, the e-mail said, and would even have the application forms provided for me.  I would also need a passport photo (not included) and I would have to be fingerprinted at "a local law enforcement agency."  (Groupon, 10-2-12)

Maybe I just don't get it--but it seems to me there ought to be a whole lot more to it than that.  I don't really understand the need to carry a concealed weapon in the first place--I can't see that it really makes for a greater degree of safety in society.  But if we are going to have such permits available, shouldn't it involve more than a $29 class and a two-hour training session?  Apparently others disagree--the last time I checked, 340 people had ordered the coupon.  I'm sorry, that just doesn't make me feel safer.