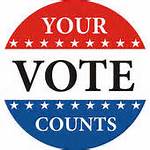 I'm a political junkie.  I love the intricacies of political campaigns and debates and surveys and polls and the whole nine yards.  But November is still eight months away and I am already very weary of this round's version of the presidential campaign season.  I am tired out by all the, let's be frank here, all the nonsense.  I am tired of the name-calling, the snarky remarks, the thoughtless words, the knee-jerk reactions, the defensiveness, the hate speech . . .  and I'm tried of folks saying, "Well, that's politics for you!"

I'm a trained church historian, and my specialty is the history of the United States.  Over the last two or three years I've been reading biographies of all our presidents in chronological order.  And yes, things have often been rough and tumble in the past.  There have been dirty tricks, and manipulation, and lies.  Some years worse than others.  And yes, I suppose all of that is often part of politics.  But it is not the whole of it.

I love good politics.  Unfortunately we're just not seeing a lot of that this year.  And historically, bad politics lead to bad times for the nation.  But we the people can change it if we say no to the nonsense.  If we stand up and make it clear we want an honest, fair, non-accusatory exchange of ideas, of hopes and dreams, we will receive it.  For politicians, by their very nature, do respond to public opinion.
Are we getting what we deserve right now?  I don't know.  But if we are, my prayer is simple:  God save us from ourselves!

Water, Water Everywhere, and Not a Drop to Drink: Reflections on Super Bowl Ads 2016 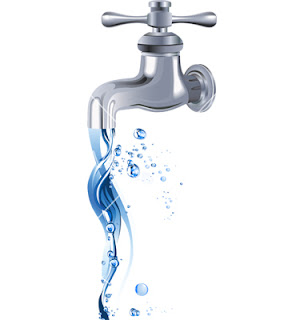 As usual, there has been a lot of hype these past few days about the ads broadcast during the Super Bowl.  Everybody has there favorites, and those that they really disliked.  Personally, I thought the Snickers ad with Marilyn Monroe was a hoot!  Some of the others, not so much.  But hey, what can you expect for four million dollars?

I did see one ad this weekend, however, that made a real impact on me.  I think it was for Colgate Toothpaste, but it really had the feel of a public service announcement.  It showed a fellow standing at his bathroom sink.  He was dressed in striped pajamas, and as the water was running full tilt he was brushing his teeth.  Keeping the water faucet turned on while brushing your teeth wasted four gallons of water every time you do it, we were informed.  That's more than people in some parts of the world have to use for a whole week.

Many wise folks have suggested that water is the new oil.  That our wrangling over oil will pale in comparison to the struggles that lie ahead when it comes to water.  And I suspect they are right.  The problems in Flint, Michigan are probably mild compared to what's coming.  The problems we are having here in Southwest Florida with the discharge of waters from a reservoir upstream into the Gulf of Mexico will seem easy to solve compared to issues we will confront in the future.  And, of course, in many parts of the world, such is already the case--as the toothpaste ad points out.

But we just blithely brush our teeth--as water runs down the drain.  I don't know about you, but I'm taking a closer look at what I do when I get up in the morning.  I hope you will as well.
Posted by John H. Danner at 2:02 PM No comments:

Blossoms of Justice: A Tribute to Veronica Shoemaker

I never met Veronica Shoemaker--but I had certainly heard of her.  Among other things, when I toured the local museum of black history, she was held up as a role model for the community.  And that she was!

This past weekend her funeral service was held in Fort Myers, and hundreds turned out to pay their respects.  Not just black folks, but white folks as well. Over the years she had come to be known as the Martin Luther King of Lee County.  And like Dr. King, she often had to stand up against those who would put her down simply because of her race.  I remember something I once read about Ginger Rogers.  She was even a greater dancer than her partner Fred Astaire--because "she had to do everything backwards and in heels".  I don't know if Ms. Shoemaker wore heels, but the challenges she faced, as a woman in one of the most segregated communities in the country, may have been even greater than Dr. King's!

What most impressed me about Ms. Shoemaker was her tenacity.  She served for years on the Fort Myers City Council, but only after she had run for that office over a dozen times!  Imagine the grit, the determination, the patience, that required!

I was glad that the city stopped long enough to acknowledge her passing in such a sincere way.  My hope is that we who live here in Lee County realize that the real honor we can afford her, however, is to continue her work of assuring that all people are treated fairly, that right prevails.  Might the seeds of hope that she planted grow into blossoms of justice!
Posted by John H. Danner at 2:08 PM No comments: