Stories on the Sand 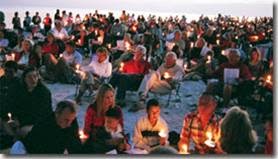 Every year our congregation hosts a Christmas Eve Beach Service.  Last year about 1500 people showed up for it, stretched down the beach almost as far as the eye could see.  It us a real Island tradition here on Sanibel.

The service is rather simple.  A scripture reading, a soloist singing "O Holy Night," carol singing, candle lighting and a telling of the Nativity Story.  The story telling falls to me--and I try to make it accessible for young and old alike.,  Some years I even invite the congregation to add appropriate sound effects.  I don't know what the sea birds think about the mooing and bleating, but so it goes!

Just off shore there are usually a few boats anchored in the shallows, crew members singing as well.  Our bulletin/song sheet, includes admonitions to cart out any garbage and to be careful of the fragile sea grasses.  A very generous couple in the congregation underwrites our expenses, include parking control, so that the entire evening's offering can go to support two local social service agencies.

The gospels would suggest that Jesus often told stories by the shore.  And some of his crowds were estimated to be much, much larger than our crowd--in a day long before amplifiers and microphones!  I have often assumed that folks in front repeated the stories to those behind who could not hear.  Perhaps that is how the oral traditions about Jesus that undergird the scriptures got started.

Later in the evening, I'll be inside, in the confines of our beautiful sanctuary, where once again (though in a  formal way) we will retell the story and sing the songs and light candles.  But in or out, the story is so simple that it transcends time and place.

As you hear it again, don't forget to pass it on.  Don't forget to retell it someone else.  Share it with a child, or a friend, or a stranger who longs to know God cares.  For that above all else is what the story means:  God cares enough to be with us, among us, in us.

Have a blessed Christmas!
Posted by John H. Danner at 3:24 PM No comments:

S-E-X and other Christmas Matters 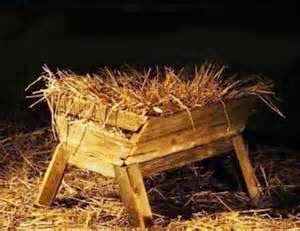 A number of years ago, on the outskirts of Auburn, Maine, there stood a billboard that had splashed across it in bright red letters S-E-X.  Then, beneath the word sex, in small black letters, it said, "Now that we have your attention, we'd like to share the following information with you."  The billboard then went on to advertise a product totally unrelated to sex.

I used to wonder as I drove past that sign if it really was an effective form of advertising.  Sure, it was an attention-getter, and one doesn't easily forget the billboard itself, but for the life of me I can't remember what was being advertised.  The method, the medium, was so controversial that the message itself has been lost!  Thirty-five years later I remember the billboard, but not the product being promoted!

I think that is often what happens when we consider the nativity story.  Mary is visited by an angel who tells her that she is going to give birth to the Messiah.  When Mary questions how this can happen, after all she is a virgin, the angel tells her:  Nothing is impossible with God.

The important fact of the announcement is who is going to be born--not how that is going to happen!  But we get so hung up on debating what the story says or doesn't say about the virgin birth, that we often overlook its central affirmation:  the one to be born is the Saviour.  Like that billboard in Maine, too often we focus on the medium, rather than the message.
Posted by John H. Danner at 2:44 PM No comments:

Making Peace at the Airport 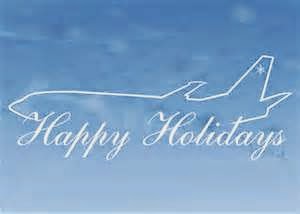 This time of year many of my parishioners go back up north for the holidays.  The hassles of holiday travel are very much a part of their routines--including the risks of checking bags at the airport.

I'm reminded of the story about the holiday traveler who plopped his case down at the ticket counter, and noticed a bit of mistletoe above the scales.  "Why is that there?" he asked the ticket agent.  The agent smirked.  "So you can kiss your luggage goodbye!"

No wonder folks at airports are rarely at their best!  I've heard angry customers rip ticket agents to shreds.  I've seen people bump and push their way through lines like they were the only person in the world who needed to get somewhere.

According to Jason Barger, a consultant a frequent flyer, the general atmosphere at airports makes them perfect places to hone one's skills as a peacemaker.  A few years back he decided to spend seven consecutive days and nights in the air travel system to see how people respond to the stress and anxiety of flying.  He kept a journal, noting all that he observed.  "I started thinking, maybe the airport . . . is where we could start thinking about beginning a more civil and graceful society."  (New York Times, 12-2-08, B4)  Instead of jumping up when the captain turns off the no seat belt signs and cramming the aisle with everybody else at the end of the flight, we could just stay seated, and let the frenzy go by.  Instead of jostling for the best position at the baggage carousel, we could just stand back and wait calmly for the bags.  As we live with a greater measure of peace and serenity, he reasons, it will influence others.

Just a thought in this busy season of the year!

A Good Dose of Advent 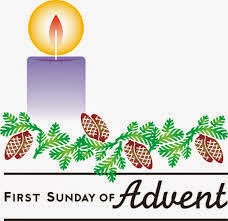 Gray Thursday.  Black Friday.  Small Business Saturday.  Cyber Monday.  The trifecta of shopping--plus one for good measure!  Note that Sunday doesn't make the cut--thank God!  But of course it didn't--I mean what's left?  Convenience Store Sunday?  Seven-Eleven Sunday (Oh thank Heaven! )  I'm all for commerce.  I enjoy a good Christmas gift as much as the next guy or gal.  But the hype has just gotten to be a bit too much!

So what are we to do about it?  The complaints that Christmas has gotten too commercialized are nothing new.  I'm sixty-one, and I don't remember a time when somebody didn't complain about shopping and such pushing aside the Christ child.  And as for Advent.  Well there's a lost cause for you if ever there was one!  Most folks probably think it's a new prescription medication.  Take two Advents and call me in the morning.  But beware, it can cause internal bleeding, drowsiness and in rare cases a prolonged sense of yearning.

OK--now that I've gotten that out of my system, maybe I can focus on a serious word or two about this time of year, this holy season called Advent.  Every preacher worth his or her salt speaks of patience and watching and waiting in these weeks leading up to Christmas.  Yet this is so very counter-cultural!  We are not a patient people.  Just sit two seconds to long after the light turns green and you'll understand what I mean!  We want things now.  And as for watching and waiting.  Please!  We see so much in this visual age that we miss most everything in sight!

But such are the bywords of the season.  Watch.  Wait.  Be patient.  I hope (another good Advent word) that I can do just that.  Not because I am overly eager for presents and the other stuff of Christmas, but because I yearn for peace and joy and love.  Maybe a good dose of Advent is just what I need.
Posted by John H. Danner at 11:50 AM No comments: