FENCES, WALLS AND A QUESTION

This past weekend I had the pleasure of attending a very moving performance of August Wilson's play Fences.  This Pulitzer Prize winning drama tells the story of Troy Maxson, an African-American former baseball player and husband and father, struggling to come to terms with the limits he encounters in his life.

The play's title is intended to be understood in a number of ways, including literally.  (Throughout most of the play Troy's wife Rose is urging him to build a fence in their yard.)  It's significance is summed up in a remark made by Bono, Troy's best friend.  "Some people," he says, "build fences to keep people out . . . and other people build fences to keep people in."

The Wilson play was written in 1985, decades before the current debate about building a wall on the southern border.  But I must say, as I have thought about that line in particular, I have been wondering whether building the border wall is about keeping out certain people, those who come from Mexico, Central America and beyond, or is it about keeping in a certain understanding of what it means to be an American?  Setting aside for the moment the question of the efficacy of a wall--will it really work as envisioned--I can't help but wonder about its philosophical implications.  Are we looking to keep people out or in?

(Note:  The Florida Repertory Company production of Fences runs through this Thursday, January 30 and tickets are still available.   Click here for information!) 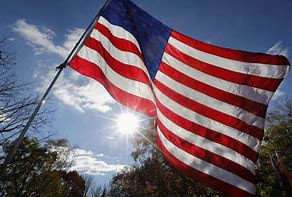 America seems to be in a transitional time at the moment.  Like a teenager, we seem to be trapped between  childhood and adulthood.   We aren't who we used to be, but we haven't become who we hope to be.  And as uncomfortable as that can be, it is OK.  Not only OK, but also essential.  Everybody must pass through adolescence--often many times in life!  It is part of the growing process.  It is an essential time of stretching, changing and developing.

In adolescence young people try on new ideas.  They begin to explore new ways of moving through life.  It is a time of flux and flow.  At times it can seem like rebellion.  And sometimes it is!  For parents it means knowing how to pick your battles.  It means putting up with things like nose rings and strange music and odd sleeping habits.  And it means trusting in the foundation you laid for your child in his or her early years.  trusting that the basic values will hold.

A friend of mine frequently suggests that the best way to deal with adolescence would be to lock kids in their rooms when they turn thirteen, and then let them out again when they are twenty.  Just slide meals under the door; maybe give them a fresh towel now and then.  She's kidding of course.  Yet many would like to simply gloss over such transitional times.  But we can't, nor should we.

It take patience.  It takes faith.  Faith in the process, faith in ourselves, faith in in the foundations and basic values we have held for years.
Posted by John H. Danner at 1:52 PM 1 comment: 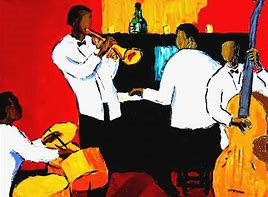 Journalist David Hadju tells of a time when jazz trumpeter Wynton Marsalis was playing in one of New York City's small, basement clubs.  Part way through the first set he stepped to the front of the tiny stage and started to play a solo.  The tune was a 1930s ballad called "I don't stand a Ghost of a Chance with You."  It is a very melancholy melody, and it quickly drew in the audience, who hung on every note.  When Marsalis got to the end of the song he slowed down the tempo, stretching out every final not:  "I . . . don't . . stand . . . a . . . ghost . . . of . . . a . . . chance . . ."  When suddenly out of nowhere, a cell phone went off.

It was a rather ditzy little tune, and the mood was broken.  The crowd started to giggle, and the phone's owner ran off into the stairwell to answer the call.  But then, magic happened.  Up on stage, Marsalis started to mimic the cell phone melody on his trumpet.  Then, in true jazz fashion, he began to improvise:  he changed the key, he varied the tempo, he turned it into a tour de force.  And then, with the deft touch of a consummate pro, he closed it all out playing the last two notes of the original tune:  "with . . . you."

Marsalis was so gifted, so well trained, so experienced, so grounded in his art, that he was able to take a jingle and turn it into a masterpiece.  he could have cursed out the thoughtless patron who'd forgotten to turn off his phone.  He could have stormed out in disgust.  He could have simply laughed it off.  But instead he took a negative experience and turned it into an improvised gem.

Now there is a lesson for life!

PS:  If you are in the area, join us this coming Sunday here at our 9:00 & 11:00 AM worship services as we celebrate MLK Jazz Sunday--honoring Dr. King and his legacy in words and music, featuring our own Blended Trio, Norm Libby, Elwood Smith and the Chancel Choir and our very special musical guests The Bill Harris Experience Band, a five piece jazz ensemble!

Reflecting on Richard Rohr (and Cheese Platters Too!) 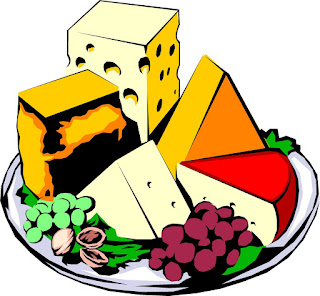 I recently finished reading Richard Rohr's book Falling Upward.  I have read a number of his books and have heard him speak more than once.  I even subscribe to his daily online mediations.  But somehow this book had slipped by me.

I was wrestling with the age-related questions I am facing in a recent session with my spiritual director and she recommended I read Rohr's book.  So I did.

The basic premise of the book is that life is essentially divided into two parts.  In the first half of life we establish our own identities. We focus on performance goals.  We are concerned with achieving certain things in life.  As he writes, "In the first half of lie, success, security and containment--'looking good' to ourselves and others--are almost the only questions."  (6)  But once we reach a certain age, an age that varies from person-to-person, things start to shift.  Instead of being focused on  that which makes us appear to be different from others, we now focus on what we have in common.  "Life," he writes, "is more participatory than assertive, and there is no need for strong or further self-definition."  (120)

I think my director suggested the book because that's where the struggle is for me these days.  I am working at letting go of any need to be seen as unique or different, because, in the end that leaves one disconnected from others.  Like the old nursery rhyme, "the cheese stands alone."

So hi-ho-the derry-o!  The cheese doesn't stand alone.  Not really!

To Bethlehem and Beyond! 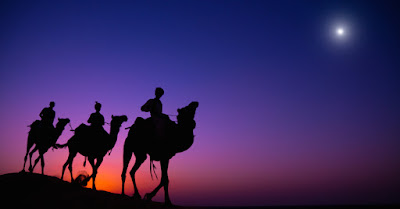 Sunday is the Feast of the Epiphany, the time we remember the story of the Wise Men and their visit to Bethlehem. They've been called kings--which they weren't.  They were probably Persian priests serving in the courts of kings.  They've been said to be three in number because of their three gifts, but the truth is we don't know if they were two or three or seventy of them!  And they've often been depicted as showing up on the heels of the shepherds, when Matthew's text suggests they arrived long after that first Christmas night.  We don't even know for sure if they really existed.  However, despite all that, their story, found in Matthew 2:1-12, has much tot each us about life and faith and journeys.

The Wise Men had a vision, if you will.  They saw a star, which they believed to be a portent of the birth of a great king, and they followed it.    Not literally, but rather by reading the signs they believed to be in the nighttime patterns of stars and constellations.  They packed up lavish gifts and headed out to see this newborn king.

I once saw a cartoon that showed three men, dressed in biblical garb, speaking to a fourth man, similarly dressed and leading a donkey.  One of the three men says:  "Say pal, can you help us out?  We were following this star, but then we ran into a buddy of ours at happy hour and lost track of time and now the star is gone and we're sorta lost . . . . "  The caption to the cartoon reads:  "Less famous than the Three Wise Men--The Three Average Men."  ("Bizarro, The Record, 12-30-96, Y-T)

You and I may not feel very wise.  Instead, weighed down by the assorted challenges of life, concerned about the stock market, or the state of things in Washington, or some family crisis we may be facing, or the border situation, we may feel like very average men and women.  But if we are willing to follow the lead of the Magi, we too can travel this life's journey in a way that is pleasing to God.  We too can reach the Bethlehem's of our own lives.

Have a blessed new Year and an amazing Epiphany!
Posted by John H. Danner at 11:05 AM No comments: