Vaccines and Christmas: A Strange Tale 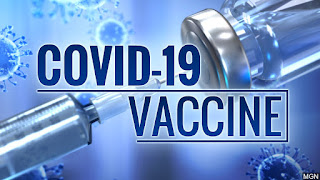 I read a story in Sunday's newspaper that seemed to illustrate the true spirit of Christmas.  It was not about a toy drive for indigent kids, as wonderful as such things are.  Nor was it about people cooking special meals for those shut-in over the holidays.  Though those are also good ways to mark the Birth of Christ.  In fact it involved three governmental bodies.  A seemingly unlikely place to find the spirit of giving that marks this season.

Most folks are aware that there are not nearly enough Covid19 vaccines to go around at this time.  So they are being parceled out.  A need-based system has been set, placing first priority on healthcare workers.  Which is essential.  But in terms of divvying up the precious supply, there are the haves and the not-haves, or at least, those who don't have so much.

Such was and is the case in metropolitan Washington, DC.  A predominantly African-American city, which very much provides the lifes blood for the surrounding counties in Virginia and Maryland, with majority white populations, the District often seems to come up short.  The distribution is based on population, so when vaccines were distributed for healthcare workers in that city, only 7,000 does went out in the first round.  Virginia and Maryland each received hundreds of thousands of doses.

The governors of Virginia and Maryland both recognized that many folks who work in the District at hospitals and healthcare facilities there, live in their states.  So both of them determined it only made sense to pass along some of their allocations. As Governor Northam of Virginia said, "It's the thing to do for Virginians and for the region."  (News Press, 12-20-2020, 31A)

For the region.  That is how we all need to begin thinking.  What's best for all of us.  What's equitable for all?  My parents used to say, "Equal doesn't mean the same."  I think they were really speaking about equity.  Where there is the greatest need, there should go the greatest number of resources

A strange tale for Christmas, most assuredly, this tale of metro Washington and the vaccines, but then, this is a strange Christmas in a strange year.

Might the New Year bring vaccines and blessings to each and everyone!

Christmas and Covid and Singing in the Heart 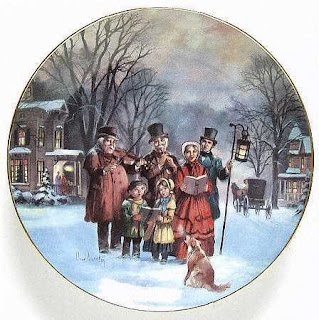 I imagine Christmas has given birth to more music than any other holiday in history., and one of the real sorrows of this Covid Christmas is the fact that we will be unable to do much group singing.  It is too risky!

There are more well-known Christmas carols and songs than you can list.  There are purely sacred pieces, like “O Holy Night, and purely secular ones like “Jingle Bells” and “White Christmas.”  And then there are a few that fall somewhere in-between.  One of those is “Christmas in Killarney.”  Perhaps you know it:

The holly green, the ivy green

The prettiest picture you’ve ever seen

Is Christmas in Killarney

It goes on to talk about mistletoe and Santa Claus, as well as the parish priest coming by to offer a blessing on the household.  I’m not sure if it’s a very accurate picture of Christmas in Killarney, or anywhere else in !  But it is lots of fun!

Many years ago, I had the pleasure of attending a wonderful concert sung by the Moscow Boys Choir.  Like so many concerts it was a blend of both sacred and secular seasonal selections.  And to my surprise, one of the featured numbers was “Christmas in Killarney.  You couldn’t help but chuckle as boys and men with sturdy Russian accents sang lyrics like, “I’m handing you no blarney.”  It was really a wonder, while at the same time, rather absurd!

If truth be told, the Christmas story itself, with its baby born in a stable, and heavenly angels singing to sleepy shepherds is much the same.  It is quite wondrous, while at the same time a bit absurd.

Think about it, for a moment.  The same God who is said to have created the universe, the same God who is said to be all-knowing, all-powerful and ever present, chooses to come to us as a baby—and not even a very special baby.  This is no crown prince born in a royal palace.  No, this is a baby born to a peasant girl in a no-account country.  So unimportant that he and his parents don’t even rate a room at the local inn, and so he’s born in a barn.  And his first visitors?  The local dignitaries?  The mayor of the town?  No, the lowliest of men in the neighborhood—shepherds claiming to have seen angels.

But despite all the seeming absurdity, it is the wonder that we have hung on to for centuries.  It is a story that has been told, and retold, and retold again.  In simple words, and wondrous songs.  And even if we can’t sing them aloud in groups, we can now, and always, sing them in our hearts!

The Bright Light of Freedom 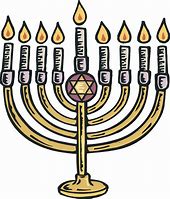 I am blessed to have many Jewish friends, including a number of rabbis.  To a person the rabbis in particular all say that Chanukah is (relatively speaking) a minor holiday on the Jewish liturgical calendar.  Not that it is unimportant, but rather that it is rather outsized in America due to its proximity to Christmas.  It is not one of the three major festivals (Shavuot, Sukkot
and Passover)--nor is it one of the high holidays (Rosh Hashanah and Yom Kippur).  But more than likely it is the best known of the Jewish holidays among those of us who are not Jews.

And who can resist it?  Candles, latkes (sour cream with mine, please), a miraculous story, gelt (or at least chocolate coins covered in gold foil), dreidels . . . not to mention gifts.  Still, the importance of the holiday is so often lost.  Because in the end, it is really about religious freedom.

There are those who would disagree, I am sure.  But I think religious diversity such as found in our nation, is one of the things that gives us real strength.  And protecting the rights of others to believe and worship as they see fit, is a foundational responsibility for all Americans.  Not so much standing up for my right to worship as I please (or to not worship at all), though that is important as well, but rather standing up for the other guy, the other gal.

Chanukah calls us all, whether we are Jewish or not, to protect the rights of all to observe or not as they feel led to do.  In his famous letter promising freedom of religion to the people of the Touro Synagogue in Newport Rhode Island George Washington wrote of his vision for the new nation as a haven for all people.  "Everyone" he wrote, "shall sit in safety under his own vine and fig tree, and there shall be none to make him afraid."  Might it be so!

As each candle is lit on the Chanukah menorah, might it remind us of the bright light of freedom--for all!

The Work of Advent 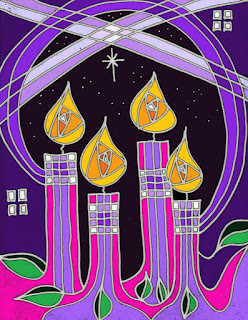 Advent has always been one of my favorite seasons of the church year.  I love Christmas with all its fanfare and beauty--angel choirs and glittering trees and a bright star in the night--but Advent reaches deep into my soul.  This time of waiting and preparation suits my introverted nature.

Yet how often I let it slip by without really taking the time to settle down and move into silent spaces.  In this year of lockdowns and isolation, one would think that might be easier, but the truth of the matter is it is not.  Simple things, like Christmas Eve services, are made all the more complex with the various restrictions.  Even the ceremony surrounding the lighting of candles on the Advent Wreath each Sunday, have required a different set of preparations.  We are worshipping in two different spaces, so we needed to procure a second Advent Wreath, arrange for it to be set up . . . and on and on.  I'm not complaining, just noting how easily I can be distracted from the real point of Advent.

One of my favorite Christmas poems is Howard Thurman's exquisite "The Work of Christmas":

When the song of the angels is stilled,

When the star in the sky is gone,

When the kings and princes are home,

When the shepherds are back with their flock,

The work of Christmas begins:

To find the lost,

To heal the broken,

To feed the hungry,

To release the prisoner,

To rebuild the nations,

To bring peace among others,

To make music in the heart.