A Theological Aside or, Why I Read Poetry 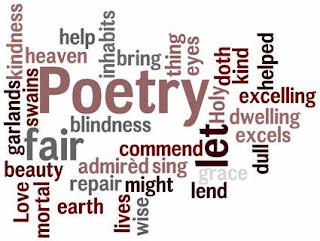 As some readers may be aware, I have been doing a Facebook LIVE post everyday since mid-March called "A Poem and a Prayer."  Each day I read a poem and offer a brief prayer, usually focusing on current events.  I have made a special effort in recent weeks to include poetry written by Black poets like Maya Angelou, Langston Hughes, Tracey K. Smith and others.

This morning I used a wonderful poem by Bohemian-Austrian poet Rainer Maria Rilke called "You are the future."  It comes from a volume called Rilke's Book of Hours--Love Letters to God.  It speaks of the many ways we try to describe God, ways that reflect the ultimate futility of such a task.  For God, by definition, is above and beyond all definition.

OK, so here's my point.  The Rilke poem (which may would describe as mystical) wasn't, isn't, directly related to any particular current event or issue du jour.  And my brief commentary on the poem, as well as my prayer, could have been transmitted on any day, in most any year.  And somehow, I felt a bit . . .  I'm not sure, guilty?  Guilty of what I don't know.  Maybe guilty of having my head in the clouds when there is so much pain and misery right here on the ground.  But then I got to thinking about the poem itself.  My favorite line in it refers to God, and reads: "You are the deep innerness of all things . . . "   God, the poet is saying, isn't somewhere out there--above and beyond all that we face here and now.  God is right in the midst of it.  God is at the very core of life itself.  All life.  Here--and there--and everywhere.

So, assuming that is correct (and I do assume that is correct) then the secret to resolving our various problems rests in looking for the Holy hidden within each thing, each creature, each person, and then respecting that being as an expression of the Holy.  In Christian circles (or at least some Christian circles) we call that incarnation.  Amazing.

(If you are Facebook user, I invite you to join me for A Poem and a Prayer, usually sent out at 9:30am.  I can be found on Facebook at John H Danner.)
Posted by John H. Danner at 2:23 PM 1 comment:

Putting the Public in Public Health 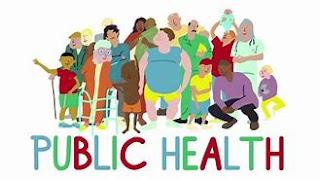 Acquiring some things in life does, and probably should, depend on how much money I have at my disposal.  A new television, for instance.  Or a fancy car.  Or dinner at a classy restaurant.  While all of these things are nice--maybe even more than nice--none of them are essential to life.  The old television still works.  My car can still get me around.  And dinner at home is a real option.  But healthcare is another matter.  Getting the care I need to keep body and soul together shouldn't depend on how much money I have. But in this country it does.  As we have seen in the current pandemic, where those with low-paying jobs, often without health insurance, have the highest risk of contracting the disease.

So what are we to do about it?  How can we assure that all Americans have access to healthcare that they can afford?  Clearly the answer rests in changing how it is paid for--which means addressing the issue of insurance.  There can be little question this is a complex issue.  Fraught with problems.  But is it insoluble?  I don't think so.  Will it require a willingness on the part of all of us to see to it that the health of all persons is tended to with care and compassion?  Of course.  Will it require courage and insight on the part of political leaders?  Of course.

I don't pretend to have the answers in terms of specifics.  But I do know that the health of all of us depends on the health--of all of us.  How often we forget that.  How often we forget when it comes to public health we are all part of the public.  And what's good for one, should be good for all.  And all people, regardless of race, gender identity, sexual orientation, ethnicity, religion, or class, should have full access to the healthcare they need to be able to contribute to public health and the public good.

The Pain of Racism 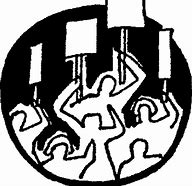 What's the old joke?  It's deja vu all over again?  Certainly that's how these past two weeks have felt to many of us who are older as we have watched the protests unfold..  We've seen such unrest before.  In fact, more than once.  Yes, it does appear to be, as many journalists have said, a "generational event"--a once in a generation happening--but that is far from comforting.  We are seeing before our very eyes the truth found in George Santayana's famous line:  "Those who do not learn history are doomed to repeat it."

But just today a parishioner sent me an e-mail with a quote from Professor Julius Lester that may shed some light on things.  "History is not just facts and events," said Professor Lester.  "History is also pain in the heart, and we repeat history until we are able to make another's pain the heart our own."

Professor Lester taught courses in literature, history and African American studies at the University of Massachusetts (Amherst) .  He was an author of books for children and adults, and even an accomplished musician.  And much of his life was devoted to work in civil rights.  He was there in the sixties, and throughout much that followed.  He died in 2018.

I am trained as an historian as well, and I must say Lester's definition of history is as on the mark as any I have seen.  Over and over again, various peoples have lifted up their pain, and instead of acknowledging it, instead of learning from their outcries and protests, we have found ways to deny it, rationalize it, brush it off.  Mostly, I suspect, because we are afraid of the having to deal directly with the pain itself--or as Professor Lester says, making it our own.  But let's be honest, brutally honest, if we are to ever deal with racism--I mean really deal with it--it is going to hurt.  There will be pain.  Psychic pain, emotional pain, spiritual pain, economic pain.

Do we need to be masochists to address racism?  No, we don't need to relish the pain.  But we do need to recognize it, and be willing to take it into our hearts, and into our lives.

Physical pain calls our attention to bodily malfunctions, to wounds and brokenness, to disease and infection.  Whether we like it or not, the body politic, our nation itself, is wounded, broken and in need of healing.  Will we acknowledge the pain?  Or will be cover over the wound of racism and leave it untreated?  The choice is ours.

My nephew in Nebraska owns a small business selling, installing and repairing computer systems.  This past week it was vandalized in the midst of rioting.  His fence was burned, his parking lot trashed and curse words painted on the exterior of his storefront.  He wanted to make sure they were painted over before his two young children saw them--not only because of the words themselves, but also I imagine because of the fear they might induce.  Make no mistake, there is no excuse for such vandalism.  Nor for the looting and burning that erupted around the country.  Those who engage in such behavior should be arrested, tried and punished.

It is unfortunate, indeed, tragic that such behaviors surfaced midst the initially peaceful protests held to call for justice in the aftermath of violence perpetrated by a police office on the streets of Minneapolis.  There is no excuse for that behavior either.  Nor for that of the three other officers who stood by and watched.  He has been arrested, he will be tried and he should be punished.  As should the other three officers as well.

But what we mustn't lose sigh of in all this tragedy is the simple fact that the system is broken, and that those who say racism is no longer an issue in this country are wrong.  Those who say we have fair and equitable treatment for all our citizens are wrong.  There is still so much work to be done to right the wrongs that have existed for centuries, indeed from our very founding.  Wrongs which have led to the sorry situation we are now facing.

We are a nation which holds out the ideal of liberty and justice for all.  For now, it is still just that, an ideal.  One not fully realized.  On this day we must be willing to recommit ourselves to working towards that day when that ideal is fully realized. Yes, we pray God bless America, but today, and everyday, we must also pray God help us.

(Photo:  Traditionally a flag flown upside down is considered to be a symbol of distress.)