Easter has come and gone.  And soon so too the snowbirds.  In fact, many said farewell this past Sunday.  Season is drawing to a close.  It won't happen overnight.  It takes several weeks to unwind.  But by mid-May it will be "just us chickens".

I always have very mixed feeling this time of year.  I will miss the full pews.  I will miss the classes that I teach every week during season.  I will miss the faces, the words, the interactions with so many of the folks heading to Wisconsin or Illinois or Pennsylvania or New England.  But I won't miss the traffic.  And I won't miss the non-stop nature of season.  I'll appreciate getting into my favorite restaurants without having to wait for a table.  I'll appreciate easier access to my doctors and massage therapist and so many other things.  It is, indeed a time of mixed feelings.

I've not done a poll of fellow year round folks, but I know many feel the same way.  I know many will be relieved when things slow down for a bit.  I know folks are tired of running full tilt.  But I also know we'll all be delighted to see the snowbirds come trickling back in come October.  It winds back up the same way it winds down.  Rather slowly at first, but then with a great rush.

I have heard more than one old timer say of visitors, "Glad to see 'em come, and glad to see 'em go."  And I guess part of the pleasure in seeing them go is knowing they'll be back.  have a good summer, snowbirds, us chickens will be watching for you in the fall!
Posted by John H. Danner at 2:52 PM No comments:

THE WISDOM OF AGE 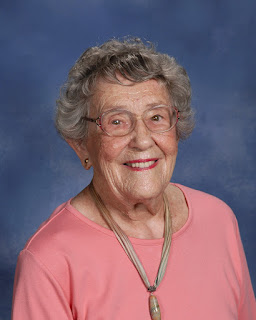 Over the course of Lent my congregation has held a series of programs called This Is My Story.  Each week of the series a different member of the congregation has shared the story of his or her faith journey.  It has been a marvelous set of stories!  The storytellers have ranged from a retired naval admiral/orthodontist to an artist and graphic designer.

The last storyteller was a woman in her nineties who was a part of our congregation in its earliest days.  Nina and her late husband were instrumental in helping our faith community get off the ground, and were here before our building was even built when we worshipped in community rooms, a country club and the neighboring Episcopalian church.  He was a retired pastor--and part of her talk focused around the many duties she took on as a pastor's wife in a day and time when, as she put it, congregations got "two for the price of one."  She frequently referred to the ever expanding nature of her faith, as she was exposed first to other Protestants, then to Roman Catholics, then people of color, and in time many other faith expressions as well.  She was very active in the ecumenical movement, and played a role in the peace movement in Ireland during the time of "the troubles".

At the beginning of her talk she opened by asking how many of us had learned as children the bedtime prayer that begins, "Now I lay me down to sleep . . . ."  A majority of hands went up, including mine.  As an adult I have questioned the wisdom of teaching that particular prayer to children.  I've heard more than one account of a child being traumatized it as they feared they would die if they fell asleep.

But Nina wasn't just dredging up a childhood memory.  "You know," she said, "as I've gotten older I've come to realize what an appropriate prayer it is not so much for children, as for someone of my advanced years."  And then she recited it.  "Now I lay me down to sleep, I pray the Lord my soul to keep.  If I should die before I wake, I pray the Lord my soul to take."  On the lips of a ninety-four year old woman it takes on a whole new meaning, a whole new significance.  It becomes a profound statement of faith.   Faith built over a lifetime.

Thank you Nina, for all you've done over the years for Christ and Christ's church.  Thank you for your inclusive spirit, your faithful heart and your every expanding sense of what it means to be a Christian!
Posted by John H. Danner at 2:11 PM No comments:

Last week our governor here in Florida, Rick Scott, signed into law a bill that is known as the Pastor Protection Act..  The bill is designed to shield pastors and other religious officials and organizations from legal action if they refuse to preside at a wedding ceremony.  The bill grew directly out of opposition to the Supreme Court decision legalizing same-sex marriage.

While on the surface this may appear to be a faith-based initiative, I would suggest it shows a lack of faith.  Not so much a lack of faith in God as a lack of faith in the Constitutions of both Florida and the United States.  Article I, Section 3, of the Florida Constitution states:  "There shall be no law respecting the establishment of religion or prohibiting nor penalizing the free exercise thereof."  And the U. S> Constitution famously says in the First Amendment, "Congress shall make no law respecting an establishment of religion, or prohibiting the exercise thereof . . . ."  As a pastor, my decision to marry or not marry any particular couple is rooted in my religious beliefs.  My whole approach to marriage is theologically based.  I am already free to choose whether or not to marry folks.  And the right to make those religiously based decisions is already protected!  The new act adds nothing to the law.  It merely reflects the discontent and dismay felt by certain individuals over the prospect of same-sex marriage.

I have colleagues who suggest the easiest way to deal with the whole issue would be for us clergy types to get out of the legal marriage business altogether.  Yes, continue to perform ceremonies blessing marriages, but when it comes to signing the legal document, let some court clerk handle it.  I think the idea has real merit.

Meanwhile, though, when it comes to this additional protection, thanks, but no thanks.  I've already got the right to pick and choose who'll I'll join together in holy matrimony.  It's part of how I exercise my religion.
Posted by John H. Danner at 2:56 PM No comments:

The Jihad of Jesus: A Review 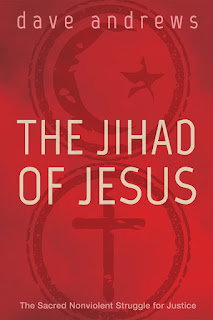 Over the course of my thirty-five year career I have had the honor and joy of participating in many interfaith programs, worship services and courses.  I have chaired interfaith groups of clergy, I have co-taught classes with rabbis and imams, I have served on an Interfaith Religious Editorial Advisory Board for a major daily newspaper, I have taught courses on all the major faith traditions of the world . . . and the list goes on.  Time and again my own faith has been deepened and enriched by such experiences.  So I approached Dave Andrews provocatively titled book, The Jihad of Jesus, with an open mind, expecting to be challenged, and I was.

In only a few pages (the book, including afterword, runs just 163 pages) Andrews outlines an approach to religious conflict that could, should it be embraced, transform the geo-political landscape.

Andrews opens with a definition of jihad, drawing a distinction between what is known as the greater jihad and the lesser jihad.  It is a distinction and a subtlety which is often overlooked in popular media.  The greater jihad, he writes, "is the inner struggle by a believer to fulfill his or her religious duties." (1)  The lesser jihad, "is the physical struggle against oppressors, including the enemies of Islam."  (1)  Many folks are aware of the two-fold nature of jihad, but then he reminds readers of the fact that the physical struggle can take violent or non-violent forms.  This proves to be crucial as his material unfolds, for Andrews advocates undertaking what he eventually calls "strong-but-gentle nonviolent struggles."  (130)

In the first two chapters Andrews sets about the task of reviewing the history of both Christian and Muslim atrocities and acts of violence.  It is a rather unsettling overview, intended to remind us that all human beings seem to be quite capable of violence against others.  He offers a very well-constructed definition of so-called holy wars, showing from both a Christian and Islamic perspective what it takes for a war to  be called "holy".

I found his analysis of what he calls an "open set perspective on religion" and a "closed set perspective" to be especially helpful.  He illustrates how any faith tradition can be approached in either fashion.

The remainder of the book is devoted to outlining what he calls the jihad of Jesus  (or Isa in Arabic--he makes a major point of the fact that Jesus is considered an extremely important prophet in Islam).  he closes out his examination of the issue with a chapter devoted to telling the stories of four individuals, two Christians and two Muslims, who have engaged in the non-violent struggle for justice and peace.  They are fascinating stories.

I recommend the book for anyone seeking a more nuanced way to approach to interfaith conversation.  There is an extensive bibliography, and copious footnotes.  It is a well-researched piece.  Perhaps the highest praise I can offer it is to reveal I may be using it as a text for an upcoming course.


Disclosure of Material Connection:  I received this book free from the author and/or publisher through the Speakeasy blogging book review network.  I was not required to write a positive review.  The opinions I have expressed are my own.  I am disclosing this in accordance with the Federal Trade Commission's 16 CFR, Part 255.
Posted by John H. Danner at 4:38 PM No comments: