What If We Really Obeyed Jesus? 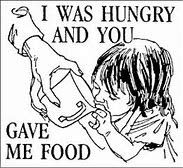 I've said it before, and I'll say it again.  I am not an evangelical Christian.  I suppose, if we must use labels, I would be considered a Progressive Christian.  That said, columnist Cal Thomas and I seldom agree on much of anything.  Still, he is often a thoughtful sort of guy, and so I read his column most of the time when it appears in the local paper.  It's helpful to know what other folks are thinking, especially those with whom you have significant differences of opinion.

All that said, I couldn't help but agree with his conclusions in a recent, intriguingly titled column, "Have Evangelicals neglected to follow Jesus in Trump era?"  In the piece, Thomas reviewed the current infighting that is happening among evangelicals.  Some strongly support the President, others do not, largely due to moral differences.

It is not my place to weigh in on that debate.  That's for the evangelicals to sort out themselves.  But the end of Thomas' column offered these words of advice as he reflected on the general perception of evangelicalism in the wider world.  "If God is supreme and Jesus is Savior," he writes, "doesn't it follow that their commands and teachings should be paramount?  What would be the world's perception of evangelicals if they started obeying [those] commands . . . to love your enemies, pray for those who persecute you, feed the hungry . . . clothe the naked, visit those in prison and care for widows and orphans."  (The News-Press, 4-28-18, 21A) What indeed?

But it goes further than that, in my opinion.  I would suggest Thomas' suggestion should be taken up by all Christians, not just those of the evangelical persuasion.  What would the world's perception of Christians and Christianity be if we truly lived up to what Jesus calls on  us to do?  We might do it different ways, we might use different approaches (indeed we would, I suspect).  But if people were being fed, clothed, visited, cared for because of our actions as Christians, if enemies were being loved and prayed for . . .  that really would change things.  And not just perceptions!
Posted by John H. Danner at 2:27 PM No comments: 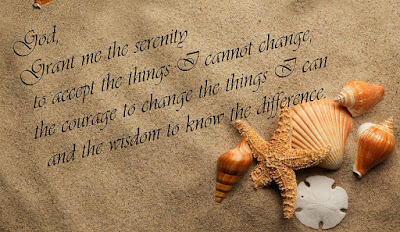 I chatted last week with a pastor who serves on Martha's Vineyard.  Most likely you've heard of it, but just in case you haven't, it's in New England, off of Cape Cod in Massachusetts.  It's a bigger island than Sanibel, and it has more year round residents.  You can't get there directly by car (unlike Sanibel, which can be accessed by our  three mile causeway) but only by boat, ferry, or airplane.  I suppose you could swim--but the North Atlantic is pretty chilly this time of year!

His "season" is somewhat shorter than ours here.  Their high season there runs through July and August.  Our "high season" runs from January through early April.  Our seasons happen at opposite ends of the calendar!  But our issues and concerns are much the same.  Traffic can be a bear in season, but the pews are full.  It's harder to conduct church business off-season, when so many committee members are up north/down south, bur in some ways that means the work load is lighter.  In some ways our two islands mirror one another!  In fact, we met because we "share" two parishioners.  Folks who summer on the Vineyard, and winter on Sanibel!

My musings here in this transitional time, as "season" draws to a close, are hardly profound.  Yet the truth of the matter is this:  the seasonality of Sanibel impacts pretty much every aspect of my professional, and to a lesser extent, personal, life.  It is one
of the realties that I can choose to fight, or accept.

And that, of course, is true of every life.  There are factors, conditions, realities, that we cannot change.  We can choose to accept them, learn to work with them, or we can fight them every step of the way.  It would seem to be an obvious choice.  But I guess it's not--otherwise the Serenity Prayer wouldn't be nearly so popular.

A Walk, A Wedding and an Important Reminder 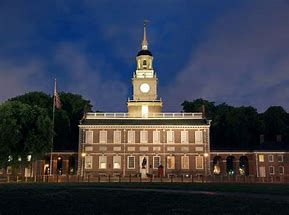 I was in Philadelphia this weekend to officiate at a wedding.  It was really one of those lovely moments, as a friend who was widowed a few years back remarried.  But that's another story for another time!

While in Philadelphia I took a couple of long walks and was rather impressed by the number of different houses of worship that I passed in my travels.  A Mormon Temple--complete with the angel Moroni on the steeple.  A Lithuanian Catholic Church.  An Eastern Orthodox Church.  Presbyterian church.  A couple of Episcopal churches.  A school founded by Quakers.  A Reform synagogue listed on the National Register of Historic Places.  A non-denominational congregation housed in a repurposed church building that had once housed a denominational church.  And more.  Many more.  It often seemed like there was a house of worship on every corner!

Pennsylvania, of course, was one of the colonies that promoted religious liberty--long before my home state in new England.   It helped pave the way for what eventually found its way nationally into the Bill of Rights and in time each state constitution.

And Jeff and Lynn--all the best as you set out on your new life together!  Thanks for the honor of officiating--and the chance to stroll through a bit of history! 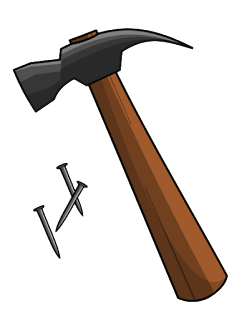 One of the churches in our area has a moveable letter sign board.  Whoever keeps watch over it is very clever, and often posts rather pithy sayings.  I often chuckle as I ride by as many of them are dependent on puns and I love a good pun.  But the saying that is currently posted has left me rather cold.  It is clever.  And I get what the message means.  But I'm not sure I agree with it theologically, which should come as no real surprise as the church in question belongs to a rather conservative denomination.  Here's what it says:

"Duct tape is good, but three nails fixes everything."

I understand about duct-tape--it can indeed be used in a wide array of ways, and I once had a car accident in my '83 Yugo (remember those?) and afterwards held various parts of it together with duct tape!

And the three nails, of course, refer to the nails used in the crucifixion to tack Jesus to the cross.  The clear theological implication?  The death of Jesus sets everything right.

But does it?  What about the fact that evil is still rampant in the world?  Just this morning I woke up to news that chemical weapons were used on children in Syria this weekend.  Nuclear weapons seem to be up for grabs again.  Gun violence continues to rock our own nation.  Cancer still takes many, many lives.  And the list goes on.  From where I sit, three nails doesn't fix everything--and God's no handyman.

But that said, the Way of Jesus, the way of compassion, justice, peace and love, that could set things right.  But only when and if we work to make that way real.  And sometimes standing up for that which is right and good will lead to our own crosses.  It is then that we can and should take hope in the fact that the cross wasn't the end of the story of Jesus.  And it doesn't need to be the end of ours either.

One of Those People You Can't Forget 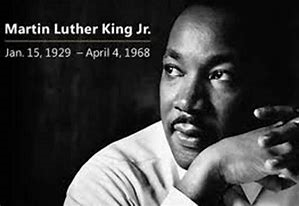 I was at home when my friend Charlie called.  It's one of those things you never forget.  Charlie was something of a prankster back then, and I thought he was joking.

"Martin Luther King is dead?  Are you serious?"

"Really," he said, "Some guy shot him in Memphis."

I didn't know what to say as tears welled up in my eyes.  I was a freshman in high school, and I'd just gotten home from school when Charlie called.  I'd never met Dr. King.  At that point I'd not even read anything he'd written.  But his televised speeches; his unrelenting efforts to champion not only people of color, but the poor in general, had made a tremendous impact on my young life.  Truly helped to shape it in ways that are still reflected, lo these fifty years alter, in the things I say and do.  He was one of my childhood heroes.  He still is.

In some ways we've come a long way since 1968.  In some ways we haven't.  Indeed on certain fronts it feels like we've gone a few steps backwards.  The dream he spoke of so eloquently, is still not fully realized.

We have been hearing a lot about him as we approach the fiftieth anniversary of that day in 1968.  And that is well and good.  We should honor his memory with words and stories.  But more importantly, we should honor his memory with action, for there is much to be realized, much to be accomplished, if we are to become the beloved community that he envisioned.
Posted by John H. Danner at 11:27 AM No comments: