Coming Back from Bethlehem 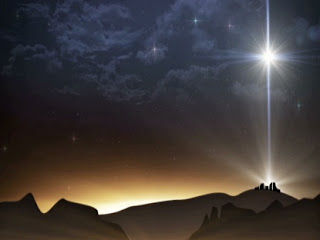 "You sail out across the sea, but it's when you make your return that you
may discover what you have been seeking is in fact inside yourself."
--Erling Kagge

In some way or another I think that may be the core message of Christmas, the core truth of the Incarnation. Each year we travel to Bethlehem pnly to disover that the baby is still in the manger, that God still affirms the basic reality that we hold within this fragile frame called human life the very things we so long for, the peace, hope, joy and love we speak of during Advent.  God, we discover, or rediscover, is with us.  Emmanuel.  God is still saying YES to humanity.

Amazing, isn't it?  After all we have done to ourselves, after all the ways we have allowed hatred, violence, greed and fear to dominate our world, God has not given up on us!  The answer still resides within us!

Ann Weems, in her lovely collection of Christmas-themed poems titled Kneeling in Bethlehem, reminds us that "we've been warned in a dream" when we leave our annual Christmas celebration, our annual jo
urney to Bethlehem, we are "to return another way."

That way, I am convinced, is a way of peace and justice, a way of joy and love, a way of hope--a way that was hidden within us along. 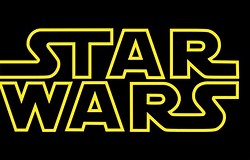 Last Thursday I joined my oldest son and my youngest grandson at an Opening Night showing of the new Star Wars film The Last Jedi--technically, Episode VIII.  It was a terrific three generation bonding experience.  Chris, my grandson, seemed to especially enjoy the various light saber duals, my son enjoyed seeing his son having such a good time, and I was caught up in some of the subtler parts of the story.  Though, truth be told, it makes a great three generation experience because there isn
't really a lot of subtly about it!

Don't worry, I am not about to offer up any spoilers, but I was especially drawn to a line uttered fairly near the end of the film by one of the newly featured characters in this episode, Rose Tico.  At a crucial point in the story, she says, "Don't fight what you hate, save what you love."

That has been floating around in my head ever since I heard it last Thursday.  And the more I've thought about it the more I've come to realize it really sums up the meaning of Christmas.  Granted, quite unintentionally!

The central theological idea of Christmas is incarnation.  The notion that God takes on human flesh to show us how to live.  And not powerful human flesh, but the vulnerable flesh of a baby.  A baby who grows up to be a marginalized figure in a marginalized community.  God doesn't appear to us in the form of a general or a mighty warrior, God comes as the son of a carpenter, born of a peasant woman, destined to be a homeless, wandering Jew.  One who teaches that love is the answer to our problems.  God comes to us in the manger at Bethlehem not to fight what God hates, (evil, injustice, war and violence)--not atg all.  God comes to save what God loves.  People.  All manner of people.

I realize, Star Wars, as the name of the film series implies, involves a lot of battles and much violence.  But I wonder if it's real message is tied up in the words of Rose Tico?

Don't fight what you hate, save what you love.

Have a blessed Christmas, dear readers.
Posted by John H. Danner at 11:46 AM No comments: 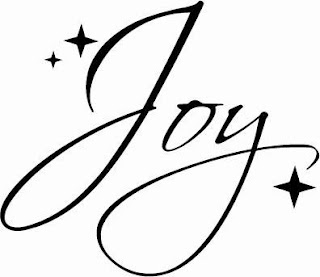 A few years back I flew out to Witchita, Kansas, to preside at my nephew's wedding.  And while I was there I found Jesus.  Right there in the middle of the country, on a very cold weekend in December.  Even more amazingly, I spotted him in the airport.

I was reading the paper and Linda was knitting when a family of Hispanic folks settled into the spaces around us, and the matriarch of the family sat right beside Linda and struck up a conversation.

The family had all been in for her grandson’s graduation from college, and now they were headed back to .  She, it turns out, had immigrated to the States with her late husband many years ago, and her children were all born here, as were her grandkids.  Her late husband had been a professional baseball player, a pitcher, and her grandson, a budding shortstop, hoped to follow in his footsteps.  As they spoke to each other, the family members easily moved back and forth between English and Spanish—clearly enjoying the time together.

We noticed that one of the young men, the best friend of the matriarch’s grandson, was dressed in boots and a cowboy hat, and sitting in a wheelchair, with a cast which stretched from his ankle to his hip.  He’d broken it shortly before the trip to , she told us, but he was doing well.  Then she chuckled.  We looked at her a bit puzzled, and she explained.

“While we were here,” she said, “We went to Wal-Mart, and there was one of those Salvation Army red kettles out front.  The bell ringer was giving it her best, but everybody just walked by—nobody gave her a thing.  So Juan, he’s the one in the wheelchair, he wheeled up beside her, put in a dollar, and then he started to sing “Feliz Navidad”.  He sang and sang, and pretty soon, folks started throwing in money—almost more than the ringer could handle.”  And with that she chuckled again.  And so did we—for we realized that we’d spotted Jesus, seen a touch of the holy, right there in .  We saw God at work through a Hispanic man in a wheelchair, and a faithful bell ringer for the Salvation Army, and a grandmother mother who was willing to tell the story to strangers in the airport.  And it filled us with joy, deep, deep joy.

In Wichita!  Imagine that!

Angels in the Parking Lot 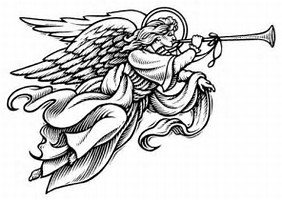 I love Christmas music.  I have dozens and dozens of seasonal CDs.  And I listen to them throughout the month of December.  But my top ten list of Christmas songs and carols wouldn't include the hits of Burl Ives or Brenda Lee, as much as I enjoy those.  I'm not sure all it might include, but I am sure one of the carols I'd name would be "Angels We Have Heard on High."  For though I've never been as fortunate as Mary or Joseph or the shepherds in the nativity stories, I have heard angels.  Not on high, but rather on low.  Angels like a cook named Teo.  Let me explain.


It happened a several years ago when I was living in Connecticut.  My wife Linda had been out of town for most of several weeks, tending to our then new granddaughter and her aging parents who ahve since passed on.  I had more work than I could comfortably handle.  I was constantly on the run, feeling a bit sorry for myself, and very tired.  Even my tutoring work with Literacy Volunteers seemed unproductive.  One of my English as a second language students had returned to Haiti and another had been ordered to stay at home by her doctor as she went through her last weeks of pregnancy.  I was seriously thinking about giving it up.  It seemed like just one more thing on my to-do list.  I was so busy I didn't even have time to do much reading myself, so I was returning a half-finished overdue book to the library.  It may be telling that its title was The Dark Night of the Soul.


I was running, as usual;, and so rather than go inside, I decided to use the outdoor book drop..Just as I put my book in the slot and started to walk away, I looked up and saw one of my former Literacy students walking across the parking lot.


Teo is from Columbia.  He is very bright and very charming.  And he was making real progress in his English lessons with me.  Though he is professionally trained, his limited English meant that he had to work as a cook at a diner in the area.  So, when his hours changed at work, he had to give up his lessons.


I'd never seen Teo in Westport where I lived, and was very surprised.  He had a little girl with him, who turned out to be his daughter.  And they were going to get some books.


He smiled, and then, in his halting English, Teo told me he was well, and that he had started taking English classes at the local community college, ones that fir into his new schedule.  More advanced classes.  Then he made a gesture as if smoothing the air with hand, and he smiled and said, "I can do them because of your class."


We shook hands and as I walked away, my step was lighters and so was my heart.  And even though I was the English teacher, all I could say was "Thank you God."  For you see, I had been sent an angel, a messenger, one whose first language is Spanish, one who reminded me that God understands my deepest needs, including the need to know that what I am doing matters.  So I didn't quit teaching English, and for many more months, you could find me every Thursday afternoon, covered with white chalk dust, explaining  nouns and verbs and tenses to folks who really wanted to learn the language.  All because of an angel I met in a parking lot.
Posted by John H. Danner at 11:43 AM 1 comment: