Israel, Part I: Guess Who's Coming to Dinner? 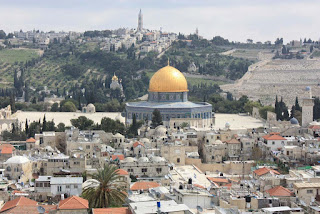 After a year's worth of planning, our interfaith group primarily from Sanibel Congregational UCC and Temple Bat Yam has arrived in Israel.  We didn't all travel here together.  Some came by other routes, but this afternoon all forty of us were present and accounted for.

Our first stop on this day shortened by travel (and general fatigue) was the Tower of David Museum. There we had a magnificent panoramic view of the city.  The Museum is housed in a very old building which sits at the highest point in the city.

From our vantage point we could see a wide array of churches, mosques and synagogues.  And as we gazed out over the city, we were reminded of its rich and complicated history as a place revered by all three of the so-called Abrahamic faiths, Judaism, Christianity and Islam. Despite many occasions of violence and intolerance over the centuries, the three traditions have all managed to keep a foothold in this mystical city. Sometimes through violence, sometimes not.

The New York Times Book Review Section runs an interview every Sunday with one author or another.  Often they ask "If you could hold a dinner party and invite any three authors--living or not--who would you  include."  OK, so Jesus probably didn't write anything, and Muhammad may have been illiterate (the Qu'ran was delivered to him orally according to tradition, memorized and only later written down by others) and as for Moses, maybe he wrote something, but certainly not anything on stone tablets.  Still, those are the three guys I'd like to have over for dinner.  I wonder what they'd have to say about Jerusalem?  Somehow, I suspect, and hope, it wouldn't result in a food fight, but rather agreement, that all God's children be invited to pray for the peace of Jerusalem, and then work to make it happen.  And then, over dessert, I imagine they'd say, "And not just Jerusalem, folks!"
Posted by John H. Danner at 2:43 PM 1 comment:

Sri Lanka, New Zealand and the Crucifixion of Love 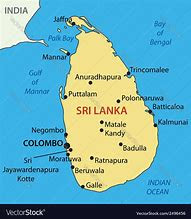 I had just finished the second of three services we held on Easter Sunday.  I had spoken words of hope and resurrection, citing examples of both from the recent church fires at Notre Dame and three churches owned by black congregations in Louisiana.  "They . . . will rise up from the ashes," I proclaimed in my best preacher voice. Because of the strong convictions held by congregants that "somehow, someway, the one they [call] Teacher, [is] still with them, still present, and that somehow that [has] been made possible by the love of God.  A love that never ends.  A love that conquers all."

And then someone shared the news with me about Sri Lanka.  I hadn't heard it on my way into to church earlier in the morning, I had been listening to the music of Easter.  I hadn't been online even though I did a bit of work on my computer.  So I hadn't heard that on the holiest day of the Christian year hundreds had been killed and wounded by hate.  Again.

I teared up when I was told the news, and then shook my head.  "I'm not changing my message," I said, "I still believe in hope."  And so I do.  It's just that some days its much harder than others.  Some days one just wants to bag it all and join the senseless fray.  Like today, when the news says the Sri Lankan bombings were in response to the attacks on the mosques in new Zealand last month.  Will we ever learn?  Hate does beget hate.  Violence does beget violence!

But love never ends--and love conquers all.  That's what the preacher had said.  And so I'll keep on doing what I do.  I'll keep on issuing a call for understanding, tolerance, acceptance--and preaching a message of hope.  Because I do believe that though it sometimes looks like love has been crucified, in the end there is resurrection.
Posted by John H. Danner at 1:56 PM No comments:

Reflections on Anti-Semitism, Passover and Easter 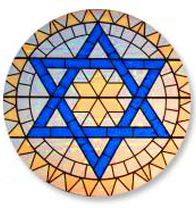 Passover and Holy Week do not always coincide, but this year they do.  So it is that I will participate in a Good Friday service at noon this week, and then that evening be part of the Passover Seder being hosted by our sister congregation Temple Bat Yam.  It makes for a strange day, to say the least, for the events of Holy Week, especially Good Friday, have often been turned into fodder for anti-Semitism.  And over centuries Jews have had to contend with that most blasphemous of curses when they have been called "Christ-killers!"


I often struggle with how to tell the passion story, how to reflect its powerful messages without
slipping into language that could be interpreted as anti-Semitic.  Indeed, the gospel writers themselves sometimes reveal such a struggle.  John in particular uses language that may have made some sense in his own day and time, but when read over nineteen centuries later requires an enormous amount of interpretation in order to avoid making generalizations about, as he so frequently stated it, "the Jews."

But if we are to tell the story of Jesus, who was after all a Jew throughout his life, whose first followers were all Jews, we can't avoid the stories of his arrest, his trial and his crucifixion.  And those stories are full of potential traps!

Careful exegesis of the texts is one way to combat anti-Semitism.  But it is even more important that Christian congregations develop relationships with Jewish congregations.  We have done that here on Sanibel over the years.  Indeed, Temple Bat Yam shares our building!  But more than that, much more than that, we share worship experiences, outreach efforts, educational programs, fellowship events and more.  We are even sharing a pilgrimage to Israel later this month.  Twenty Jews and their rabbi (my friend and colleague Stephen Fuchs), and twenty Christians and their pastor.

When Passover and Holy Week coincide it provides a challenge, and it provides special opportunities.  But even better, is when relationships are given the space to blossom and grow all year long.  In the end, that is the most important way to battle anti-Semitism, or for that matter, any form of prejudice.
Posted by John H. Danner at 12:26 PM No comments:

Please Pray with Me 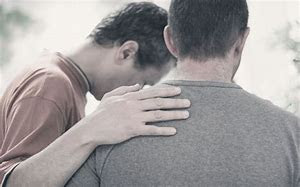 Over the years I've done a fair amount of thinking about prayer.  I do quite a bit of it professionally, and on a personal level I have regular spiritual disciplines that include prayer.  In fact, I maintain a fairly extensive list of folks that I pray for on a regular basis.

Sometimes folks who've asked me to pray for them report back.  One time I got a call from a friend who struggles with alcoholism.  The friend was celebrating six months of sobriety.  "I just wanted to thank you for your prayers," said my friend.  Others have written or called after a successful surgery and have said things like "Your prayers worked!  Thank you!"  And while I am always delighted to hear such good news from parishioners and friends, I sometimes wonder, what about those who don't call with good news?  What about those whose hopes were not realized?  The mother of an addict who leaves rehab early, the spouse of a cancer patient who doesn't respond to chemo, the father of a child who keeps acting out?  Are some prayers answered and others ignored?  Is God really that capricious?

I think not--but believing that God does indeed love us all, and loves us all equally, I am increasingly convinced that prayers of intercession, our prayers for others, need to be understood in a different manner.  I think intercessory prayer, when rightly understood, is not so much about praying for somebody else as it is about praying with them  When I ask you to pray for me, what I am really saying is pray with me.  Stand alongside me as I go through this challenge.  And what we are really asking God is the same thing.  Stand with this person, whatever the outcome.  Of course we want successful surgery for the other person, of course we want recovery from addiction, a restored marriage, a new job or whatever.  But such things are usually out of our control.  But we can stand with each other.  We can remind folks they are not alone.  That they are loved, regardless of the outcome.

So Many Books, Magazines, Online Articles, Newspapers . . . So Little Time! 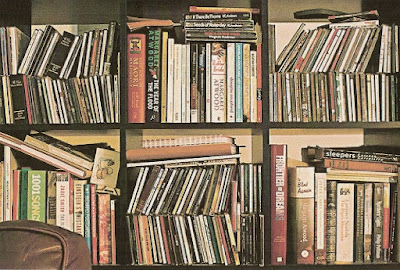 I recently got a notice wrapped around a magazine that I subscribe to warning me that this might be my "final issue" unless I renew my subscription.  It is a magazine that always has a number of significant articles about issues that concern me.  It's editorial stance is one I fully endorse.  And the writing is good.  But I probably won't renew the subscription.  Not because of the magazine itself, but rather because I discover, month after month, that the magazines and journals I subscribe to often pile up and go unread.  Said another way, I've got too much to read!

I usually have at least three books in the works, a novel, a biography and a piece of non-fiction, usually but not always theology.  And there are two magazines that I do read very faithfully, cover to cover.  Additionally I read the local paper everyday, and on Sunday's the New York Times as well.  I do a lot of reading.  But then there is the stack of magazines that sits waiting for me to dig in.  And I just don't get to it most months.  And issue after issue ends up going to recycling.  It is a waste of money and a waste of paper.  And it induces a bit of unnecessary guilt.  So I'm not going to renew this particular subscription.

I once saw a t-shirt that said, "So Many Books, So Little Time."  I understand.  "So Much to Read.  So Little Time."  But that's the way life always works, isn't it?  We are blessed with such bounty, such abundance, that we have to be willing to set limits.  You can't do it all.  Maybe I'm finally learning.  And it's only taken me sixty-five years!
Posted by John H. Danner at 12:44 PM 1 comment: