A Lesson from Koreshan Unity 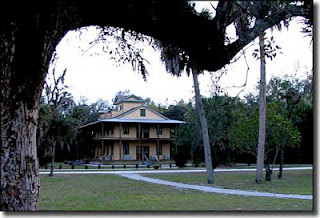 Recently I had the opportunity to visit one of our local historic sites, the grounds of the Koreshan Unity Settlement in Estero.  The eleven existing buildings at the site represent the utopian community founded by Cyrus Teed in1894.  At one time Koreshan was a self-sufficient group of more than 200 residents who occupied some fifty buildings.  There was a bakery and a print shop and a general store and a saw mill and even a performance hall where plays and concerts were offered.

The Koreshan Unity folks believed in a celibate lifestyle, communal sharing of wealth and possessions, and striving to create the New Jerusalem.  The movement had a novel understanding of the planet--believing that we lived on the inside of an-egg-like shell.

The last surviving member of the community died in the 1980s, but only after arranging for the transfer of the property to the state of Florida, which maintains the buildings, conducts tours, and otherwise keeps this interesting bit of history alive.

Here's the irony.  I have lived here in the area for over three years.  I have researched the Koreshan Unity group and even taught a class about their novel approach.  But I had never been to the settlement itself.  What finally got me to go?  Out of town guests!  Howe typical!  The locals often miss the best stuff because they think, "It will always be there--I can go anytime I want to!"  How short sighted!

I'm glad I finally got there--but more than that, I'm glad for the reminder.  Don't wait for visitors to see your own home town, your own local area! 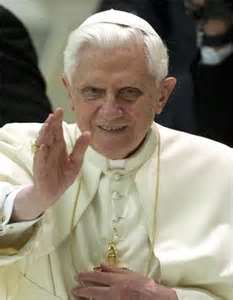 What do you do when a pope resigns?

It sounds like the beginning of a joke or a riddle.  And while it is no joke--it appears that to a certain extent it is a bit of a riddle.  Where will he live?  What will he be called?  How will he relate to the new pope?  Will he still be infalliable?

Protestants, of course, have wrestled with some of these very issues when it comes to the retirement of long time pastors.  As clergy of various denominations retire they are faced with similiar questions.  Should I retire in the community where I have served as a pastor?  Should I start attending a different church?  Will I play any role in the ongoing life of the congregation?  Will I have a title?  (No worries among Protestants about infalliability!  Every pastor knows his or her predecessor was infalliable!)

On a more serious note, however, these are not inconsequential issues--for the Pope or for more mundane clergy.  And as our poluation continues to age, these questions of how the retiring generation relates to those that follow is a conundrum in all walks of life.  As a society we continue to undervalue the wisdom of age, and we often fail to take advantage of the lessons based on expereince older folks have to offer.

Joan Chittister, OSB, in her insightful book The Gift of Years, writes:  "[I]t is important to come face-to-face with what it means to age, to be older, to be old, to become an elder in society."  (vii)  Perhaps the Pope's resignation will help us all address the issues of aging in new and creative ways.

(A final note:  I am fortunate to be blessed by a great relationship with my predecessor. He is wise, helpful and very supportive.  I am happy to call him my friend!)
Posted by John H. Danner at 1:15 PM No comments: 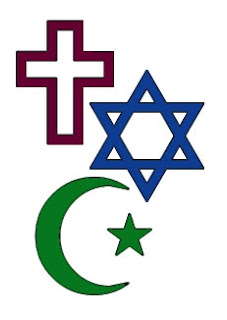 Maybe you remember the name David Benke.  The Rev. David Benke.  He was chastised by the officials of his denomination, the Lutheran Church--Missouri Synod, for participating in an interfaith prayer service held in Yankee Stadium after the September 11th, 2001 attacks.  At the time he was accused of worshipping with those whom the church called "pagans"--Hindus, Muslims and others.  In time he was cleared of the charges and allowed to take to his pulpit.  But not without formal proceedings which could have gone the other way.

Well, it has happened again.  The Rev. Rob Morris, the new pastor of Christ the King Lutheran Church in Newtown, CT, took part in a service held to honor the victims and survivors of the shootings at Sandy Hook School.  He gave the benediction.  A blessing on those gathered in grief.  A good and noble thing pastors are often called on to do, not just in their own churches, but in public places as well.

The Lutheran Church--Missouri Synod prohibits it's clergy from participating in worship services with other religions.  There are theological reasons for this, focused primarily around an understanding that participating in such services is tantamount to endorsing the beliefs of other faith communities.

I'm sorry--I just don't agree!  Over the years I have had the privilege of working with clergy and lay people of many other faith traditions on worship services, educational forums, advisory boards for various organizations including a large suburban daily paper.  My presence was not an endorsement of their theological positions.  Just because I pray alongside a Muslim doesn't mean I am agreeing with his understanding of Jesus (which is dramatically different from mine!)  Just because a platform at a public service with a Hindu doesn't mean I subscribe to her approach to divinity!  No, participating in such joint worship experiences bears testimony to my belief that God means it when God says love your neighbor!  Participating in such events expresses my belief that the wonder and mystery of the Holy extends far beyond my own limited understandings!

Pastor Morris, according to the New York Times, has issued the apology that church officials demanded.  I understand--sometimes you have to do what you have to do.  But as far as I'm concerned no apology was necessary, for it was a bold witness to his faith in the Man of Nazareth who often reached out to those with whom he disagreed.
Posted by John H. Danner at 1:30 PM No comments:

REWIND AND REMIND: A NATION OF IMMIGRANTS 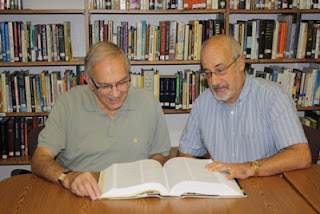 This past weekend was our congregation's Pulpit Exchange Weekend with our sister congregation Temple Bat Yam, the Jewish Reform congregation that shares our building here on Periwinkle Way.  I preach for Bat Yam on Friday night, we have a joint potluck dinner on Saturday night, and the Temple's Rabbi preaches for us at two of our Sunday morning services.

The Torah portion for Friday night included the Ten Commandments.  I reflected on the fact that they are couched in a reminder that God brought the Israelites out of Egypt.  "Indeed," I said, "this theme appears again and again in the following chapters . . . and in next week's portion . . . speaks three different times about the importance of treating foreigners justly, kindly, and with great care."  Time and again, the Law notes that the Israelites are to treat the resident aliens in their midst with justice and compassion because, "you know the feelings of the stranger, for you yourselves have been strangers in the land of Egypt."  (Exodus 23:9, TANAKH Translation)

The point I made in the sermon was pretty simple.  In the same way that those ancient Jews needed to be just in their treatment of the foreigners in their midst because they were once foreigners themselves, so too we Americans need to be just in our treatment of the eleven million undocumented immigrants in our midst.  For we are, as John Kennedy said, a nation of immigrants.  Indeed, it provided the title for his last book.

The issue has surfaced again in Washington.  And while I believe strongly in the separation of church and state (or synagogue and state!)  and therefore would be reluctant to suggest our representatives ought to read (or reread) the Book of Exodus before debating the immigration issue, I am inclined to suggest they read (or reread) Kennedy's book from over fifty years ago.  At least the title page.  For we are a nation of immigrants--and that reality must always inform what we say and do as we seek to make sense out of a badly broken system.

(Photo:  Rabbi Selwyn Geller and Pastor John Danner preparing for their congregations' joint activities.)
Posted by John H. Danner at 10:17 AM No comments: