The Importance of Words: "N" and Others 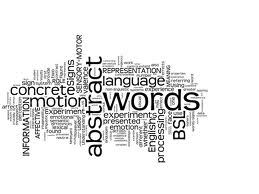 One of the modern parenting techniques that I really like involves encouraging a child to verbalize their feelings.  "Instead of stomping your feet, or hitting someone, or sulking in a corner," a parent will say to a child who is upset, "use your words".  We sometimes forget, in this day and age of mass media and information overload, just how powerful words can be.  They can help convey emotions, they can heal broken relationships, they can encourage those who are downcast.  Words can do far more than simply inform.

Two current events remind us of that reality.  The first involves the southern chef Paula Deen.  It was revealed that she had used the so-called "n-word."  It is such a potent racial slur that it is most often spoken of using that shorthand.  The N-word.  It is just a word.  Yet it is a word that carries within it a whole history of meaning.  Clearly, sticks and stones aren't the only things that can hurt!


The second current event are the pending decisions of the Supreme Court relative to California's Proposition 8, that bans same-sex marriage, and DOMA, the federal law that defines marriage as being between one man and one woman.  The word in question, of course, is "marriage."  It's importance is being acknowledged on both sides of the issue.  Those who are opposed to same sex marriages say that the definition of the word marriage shouldn't be changed to meet current mores, that it has long meant one man and one woman.  I have heard some folks even say, "I"m all for giving gays and lesbians equal rights, and allowing them to be in legally recognized relationships, just don't call it marriage."


On the other side of the issue, the proponents of same sex marriage say no other word will do.  Calling such relationships "unions" or "domestic partnerships" just doesn't carry the same weight, the same meaning.
Clearly, there is much at stake in the whole debate, but in many ways it does come down to defining a word.  The M-word.  It is just a word.  Yet it is a word that carries within it a whole history of meaning.

As I write these words the Paula Deen situation is far from resolved.  And the use of racial slurs is nowhere close to being a thing of the past.  The Supreme Court has yet to hand down it's decisions on Prop 8 and DOMA.   And the debate over the meaning of marriage has, in many ways, just begun.  But what is very clear from both of these situations is that words are powerful.  They can hurt, they can heal.  They can hinder, they can enable.

Yes, use your words--but use them with care!
Posted by John H. Danner at 11:53 AM No comments:

I almost missed it as I read through the Friday New York Times this past weekend.  After all, there is a lot to read, and I also tackle the local Fort Myers News Press on the weekend (I need my weekly fix of comic strips!)  But there on page A19 of the Op-Ed section was a piece by Charles Blow titled "These Children Are Our Future."  It's a good headline.  It caused me to ask, 'what children?" and then to read further.  (I got paid for a while to write headlines--it is a real art form.)


It turns out Blow's column was a summary of a recent piece written by David Murphey, a researcher with Child Trends, an organization devoted to research about children. Murphey had taken a lot of statistical data, crunched it, and then had created a portrait of this year's high school graduates.  If you had a statistically typical graduating class of one hundred American high school students what would they look like?  His answers are startling to say the least!

Seventy-one of them have been physically assaulted at some time over the course of their eighteen years of life.  Ten of them would have been raped.  Maybe that all helps explain why sixteen of them carry a weapon.
Fourteen of them seriously considered suicide over the last year, and six of them actually tried to commit it.

Almost half of them are sexually active--and sixty-four of them have had sexual intercourse.  Twenty-one of them had some sort of sexually transmitted disease over the last year, and one of them had an abortion.

Of the one hundred students in this hypothetical class, twenty-two of them live in poverty, and ten in what Murphey calls deep poverty.

Disturbing details, yes?  And to think these children, as the headline reads, are our future.  That is unsettling enough, but even more so is to imagine their futures as individuals.  Yes, some will overcome the difficulties they have enountered in their childhoods.  Some will overcome the impact of physical violence or rape.  Some will climb out of poverty.  But others will not.  We can't change the childhoods of this year's class--but what can we do for next year's and the one after that and the one after that?

Jesus said, "Let the little children come to me."  I have no doubt he meant all of the children.  Our care and concern for them must be as deep and as wide as is necessary.

I encourage you to read Charles Blow's article.  It appeared in the June 14 edition of the Times.  Here's the link:  http://www.nytimes.com/2013/06/15/opinion/blow-these-children-are-our-future.html?_r=0  And then, ask yourself, what can I do to welcome the children of the future today.
Posted by John H. Danner at 11:55 AM No comments: 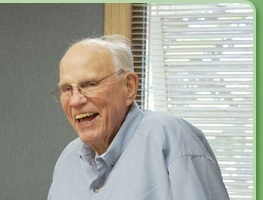 In his essay called "History," the preacher-poet-philosopher Ralph Waldo Emerson wrote:  "All history becomes subjective; in other words, there is properly no history, only biography."  All history is, in the end, biography.  All history can be discovered in the lives of the individuals who lived it.  Such is the case with Francis P. Bailey, Jr.

The flags here on Sanibel have been lowered to half-staff with the announcement of his passing this weekend.  At the age of 92 he not only saw but helped shape much of the modern history of this place we call home.  His family first came to the island in 1899, when it was still a mosquito infested farming community.  And while he was actually born "overseas" in neighboring Fort Myers, Francis was, for all intents and purposes, a life long resident.

I met Francis shortly after arriving on the island.  It was hard to miss him!  He was a frequent participant in various island activities.  I remember spending time with him after a memorial service I had conducted for another Sanibel pillar.  He had story after story to tell about his days on Sanibel!  History captured in biography!

Some will laud his dedication to the island, and his long history of government service here, including a stint as mayor.  Others will highlight how he was among those who fought for the incorporation of Sanibel in order to protect it from becoming overdeveloped..  Still others will talk of his work with the family business, the Sanibel Packing Company and the renowned Bailey's General Store (where you really can buy nails, nuts and knives!)  But in many ways his greatest contribution to the island over the years, has been the way he has embodied our history.  His storytelling was and is legendary.  And in many ways helped to keep us connected to the real Sanibel.

In a lengthy story about Francis in his college newsletter (he attended Hampden-Sydney College)  Francis spoke of the days before our island was connected to the mainland by the Causeway.  "We had no paved roads," he said, "no sidewalks, no furniture store, no barber, no beauty shop, no movie theater.  It was just here.  Nobody felt deprived.  That's what we had."  (Quoted by John Dudley in "Francis Bailey's Wonderful Life," The Record, March 2012)

We've got all those other things now.  And much more besides.  But the reality is, we still have this island--so much of it preserved and protected--thanks to folks like Francis Bailey.  Folks who understood that "just being here" was and is a gift in iteslf. 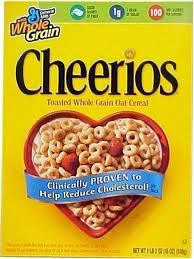 As a preacher I have always been a big fan of Cheerios.  More than one screaming child has been silenced by those marvelous little oat circlets!  And as a parent--well let's just say your American Express Card isn't the only thing you should never leave home without! They are practically indispensable at a certain stage of life!  Loving Cheerios--in a variety of flavors these days--seems so very American!  So wholesome!  It's even good for what ails you in the heart department.

So imagine my surprise when I heard this venerable breakfast cereal was under attack!  I should have seen it coming.  I shouldn't be surprised.  But it is 2013, isn't it?

In case you've missed it, Cheerios has a very delightful and sweet ad running right now about a little girl who asks her mother if it is true Cheerios are good for your heart, and then, when she is told yes they are, she scatters them all over her sleeping father's chest.  So what, you ask is the controversy?  Has someone determined the heart claims are all a big hoax?  Not at all.  The problem, according to some folks, boils down to race.  The Dad is black, the mother is white, and the little girl is biracial.

Like I said, it is 2013, isn't it?  But there are still folks out there who are upset by such a public display of racial equality.  That a black man would marry a white woman, horrors, such folks say, horrors!  Apparently the attacks against Cheerios on their website got so virulent, so nasty, that they took it offline.  But they haven't taken the ad off the air.  Bravo!  It is good to see a major corporation stand on principle!

My kids are all grown now--and the grandkids are past the Cheerios stage.  But I may just go out and
buy a box or two to show my support.  It will be good for my heart--just like the ad!
Posted by John H. Danner at 7:26 PM No comments: