The Wit and Wisdom of Yogi Berra 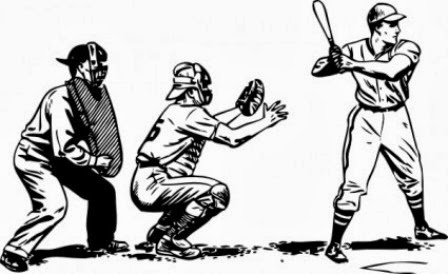 The Twins and Red Sox are in town.  It's time for spring training.  And for those of us who are baseball fans living in Florida, that's really good news!  For even though we live hundreds of miles away from Minnesota and Boston, we too get a chance to see our favorite players in action.  I've already got tickets for a couple of games--one each at Hammond Stadium, the spring training home for the Twins, and JetBlue Park (or Fenway South as it is also known).

One of the reasons I find baseball so fascinating is because it is all about choices.  There are fielder's choices, where you can only get one man out and you have to choose which one.  There are decisions pitchers and catchers have to make about whether to throw a slider or a curve ball.  And managers make choices about lineups and pitching rotations all the time.  We even say the winning pitcher gets the decision.

One of the great philosophjers of the game is the former (I shudder to say the word Yankee's catcher, Yogi Berra.  WEell-know for his malapropisns, Yogi always seemed to have a comment to offer up.  When Mickey Mantle and Roger Maris his back-to-back home runs yet another time, Yopgi said, "It's deja vu all over again.  And when Johnny Bench broke Yogi's record fo0r the most home runs hit by a catcher, Yogi sent him  a telegram that read:  "Congratulations.  I knew the record would stand until iut was broken."

One of his most famous quips had to do with choices.  One time Joe Garagiola was going to visit Yogi.  He was coming from New York, so he called Yogi to get directions.  As Yogi told him how to come, he got to one point in the instructions and said, "When you get to the fork in the road, take it."  (All quotations from Yopgi Berra, The Yogi Book).

Soemtimes choices, decisions, are clear and easy.  Soemetimes they aren't.  But always there are choices.  And we need to make them.
Posted by John H. Danner at 9:59 AM No comments:

A Word about Presidents 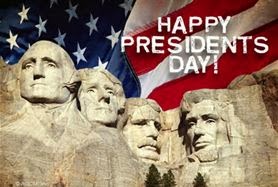 It's Presidents Day.  One of those holidays that was created to give us all a three-day weekend.  (OK, not all of us.  We preachers still have to work!)  Stuck between Lincoln and Washington's birthdays (the 12th and 22nd respectively) it also provides a great excuse for a midwinter sale for car dealers and others.

Which really is too bad.  For the role of president is worth our attention.  I've been focusing on it over the last couple of years with what I call my Presidential Project.  I am reading a biography of each of our presidents--roughly one per month.  As I've mentioned in this blog before, some have proven a real chore to get through, and others have been a great joy.  I'm reading about Andrew Johnson at the moment, and learning many things I never knew about this slave holding Unionist.  He was, for instance, the only Senator from the South who continued to serve in his seat after his state had seceded.  He really was a very complicated guy.  (Being from Maine I've always held a grudge against him as he pre-empted Hannibal Hamlin, the only Vice President from the Pine Tree State!  I'll have to reconsider my position!)

I undertook this project to learn more about our presidents, but also to have a fresh look at our history as a nation.  Both objectives are being accomplished!  But I'm also discovering a lot America here and now.  It's clichéd to say we are a product of our history, but it is also true.  And so many of the basic issues over the years have remained the same.  Our Constitution, for instance, carefully balances the rights of individual states against the power of the federal government.  It proves to be an ongoing balancing act.  And it also is at the core of many if not even most of our debates as a nation!  And various presidents were elected based on their position on that very issue!

Presidents are not kings (or maybe one day soon, not queens)--and that is by design.  But they are key figures in our national life.  And I am convinced that they are merely a reflection of who we are as a people.  We not only get the leaders we deserve, we also get the leaders we create.

On Bearing the Image 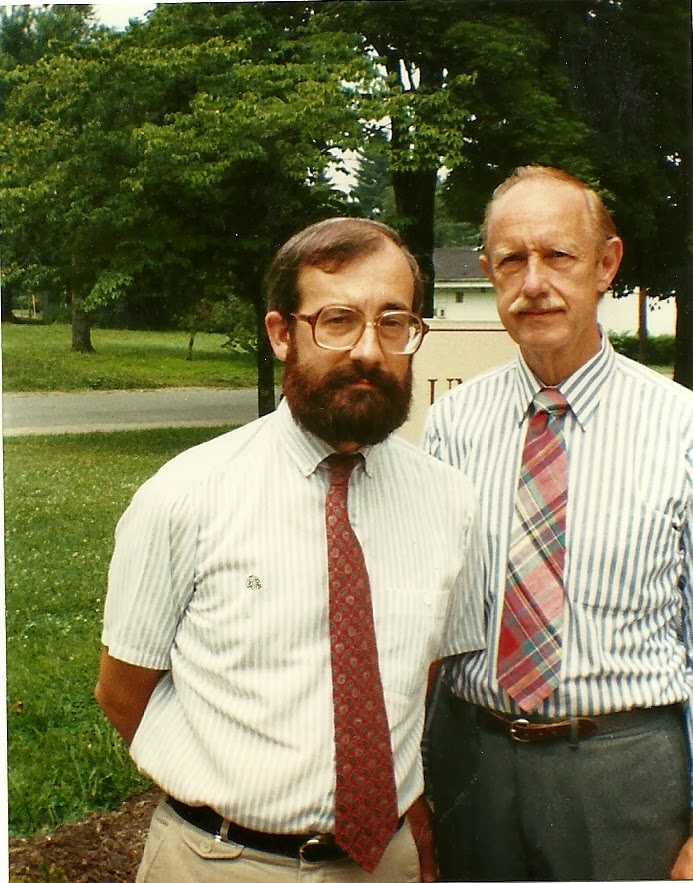 It's my Dad's birthday.  He would have been eighty-four.  The fact that he grew up during the Great Depression informed his whole life.  My siblings and I often speak of him as having been cheap--but in truth most of his frugality grew out of a real understanding of what it meant to go without.  And while we lived at times in rather tight quarters (all through high school, for instance, the six of us were crowded into a one-bedroom apartment) and food was never in abundance (things like cookies were carefully counted out and divided amongst us) we never really went without.  I was never hungry or homeless.  And I'm sure one of the reasons that was so was because Dad kept close track of his money.

But while Dad was very tight when it came to material things, he was exceedingly generous with some of the intangibles.  Like an appreciation of beauty. He loved good music, fine art and theater.  And he made sure we were all exposed to such things.  We had lovely paintings on the walls, and tickets (often free!) to classical concerts and trips to the local repertory theater.

And affection.  He liberally doled that out to all of us.  He was never afraid of a good hug.  He told us often that he loved us.  And a kiss goodnight was a regular part of the daily ritual.

And faith.  OK--he was a preacher--so such would be expected.  But while he had very definite ideas about his beliefs, and hoped that we would adopt them, he never forced them down our throats.  Yes, we read the Bible together every night.  Yes, we held hands and prayed around the dinner table.  Yes, we were expected to attend church services on Sundays (and quizzed about the sermon on the ride home)--but we were also given the space to develop our own religious understandings.  In high school the rule was, you had to attend worship on the weekend, but you could go wherever you wanted to go.  I am convinced my commitment to ecumenism and interfaith cooperation began right there.

As I get older (I'm sixty) I look more and more like my Dad.  There was a time in my life when I would have been appalled at the prospect.  He and I had our moments.  But looking back now, I am proud to bear his image.

Not So Super Bowl? 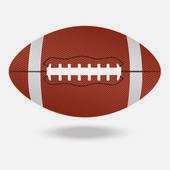 Yesterday I focused on Ground Hog Day in my Children's Moment.  In particular, I was advocating that it be a day when we remember that God wants us to take care of the animals.  As I talked with the children I wanted to know if the children knew about Punxsutawny Phil and his weather predicting behavior.  So I asked, "What happens on Ground Hog Day?"

One of the little girl's put up her hand.

Needless to say, we all chuckled.  I of course affirmed her--told her she was right.  And then went on to talk about shadows and long winters and so on.  But Caitlyn was right.  The real event of the day wasn't the weather predicting behavior of a rodent in Pennsylvania, but rather the big football game that night.

While I am neither a Broncos nor a Seahawks fan I did watch the game--and like most everyone else, was less than thrilled.  It turned out to be a pretty lousy, one-sided, non-competitive game.  Literally twelve seconds into0 the first quarter and the Broncos were behind, never to come even close.

Despite the game, though, folks have found much to talk about:  the weather, for one thing.  Everyone was worried it would be frigid in new Jersey where the game was played, but it ended up being practically balmy!  Then there was Renee Fleming's take on the National Anthem.  Beautiful--absolutely beautiful!  Best ever, many folks said.  (Of course we who are opera buffs could have told them that if they'd gotten an opera singer before . . . . !)  For fans of pop music, young Bruno Mars (and the not so young Red Hot Chili Peppers) put on a very fine half-time show.  And, as always, the commercials were a notch above the everyday advertisments.

So was the football game really the main event?  Or were all the accompanying activities what made it a special day?  If the turkey gets overcooked, but the side dishes are all delicious. is Thanksgiving still a bust?  If the sermon is lousy, but the music and  prayers are moving, is worship still a disaster?

Sometimes in life we forget--what looks like the main event may simply be an excuse for whatever comes with it.