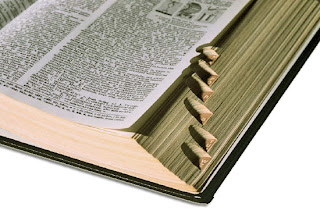 I have been giving some thought to the term "phony theology."  And the more I think about it, the more I question its validity.  Faulty theology I can understand.  That's theology that fails to use the basic rules of logic.  For instance, if I start with the basic premise that God is loving but then go on to say God hates gay people, that's faulty theology.  But phony theology--I don't get it.  It certainly seems to imply that there is only one theology that can be considered genuine, and that any other theological position is fake or unreal.

So I looked the word theology up in the dictionary--just to make sure I was remembering its definition (after all, what do I know, I've only got a PhD in Religious Studies--I could have missed a class or two!)  And there it was, just as I remembered it.  "Theology:  1. the study of religious faith, practice and experience; esp:  the study of God and God's relation to the world  2a:  a theological theory or system . . . b) a distinctive body of theological opinion . . . ."  (Merriam-Webster's Collegiate Dictionary, 11th Edition)

Forgive me if I've got this wrong, but it seems to me that the only way theology can be "phony" theology is if a person says such and such is their theological position, when its not what they really believe.  For instance, if  Buster espouses a liberal theological position and says it is his own, when in reality he believes in a very fundamentalist interpretation of the Bible then case, Buster would be espousing phony theology.  But if Buster is really a liberal, and really believes in a liberal interpretation of scripture, then his theology isn't phony--its liberal.  His theory, his theological system, is liberal.  That is his distinctive theological opinion.  It's not phony.  It's real.

All too often, I think, much of the world sees the word "Christian" and automatically assumes that means conservative, or fundamentalist.  But the truth is we Christians have a fairly wide array of theological understandings and systems.  Our theological opinions run the gamut.  Some of our interpretations of scripture, some of our understandings of God, are extremely liberal, some are extremely conservative, and many are somewhere in between.  But just because I don't agree with another Christian (or a person of a different faith for that matter) that doesn't make their theology phony.  Just different.
Posted by John H. Danner at 12:05 PM No comments:

Pipers and Pills and Paying the Price 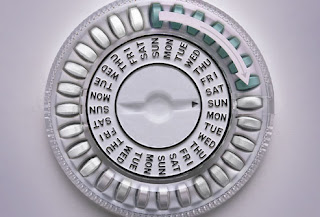 I've been thinking a lot about the current dust-up about including mandatory birth control coverage in insurance policies, even those offered by organizations operated by religious groups.  And as I've thought about it, I've been reminded of something my late father used to say:  "Whoever pays the piper calls the tune."

Now as anyone who reads this blog knows, I am a big fan of religious freedom.  I think the separation of church and state is vital to the health and well being of both!  But I'm not convinced that this mandate is a breach of that wall.

To begin with, churches and other institutions which are set up to help folks pursue their religious practices are exempt.  If a church or mosque or temple or synagogue insures its pastors or staff, it does not have to provide coverage for birth control pills or other forms of contraception.  And that is right and proper.  But if a religious body has chosen to operate say a hospital, that institution was not exempted in the original mandate.  And no individual is being forced to buy or use contraceptive devices.  (For the sake of this piece, I'm setting aside the compromise mandate.)

I certainly believe that serving the sick, the poor, those in need of education and so on, can be and often is a religious practice.  My own denomination has a long history of doing just that!  But I tend to agree with those who have suggested churches and others have already climbed over the wall of separation the minute they have accepted federal dollars to support their programs.  What hospital doesn't accept Medicare?  What college doesn't accept federal grants?  If a church-related hospital or school is operated without tax dollars, then fine, I agree--it should be exempt from such mandates.  But if not, if it is operating with monies provided by the government, then certain rights and privileges are given up.

My Dad was rather conservative, and we often disagreed.  But I suspect he'd back me up on this one.  Like I said, he was fond of saying "Whoever pays the piper calls the tune."
Posted by John H. Danner at 4:22 PM No comments:

One Moment In Time 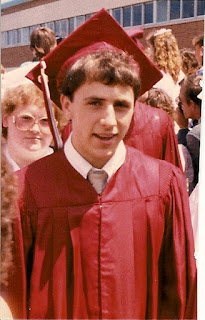 I never knew Whitney Houston personally.  But like so many others, my life was greatly enriched by her music.  And at one point, it intersected with my own life in a very powerful way.

The year was 1989, right in the middle of a string of hits for the gifted vocalist.  My son Matt was graduating from high school in upstate New York.  And I had been asked to preach the sermon at the Baccalaureate Service being held by and for his class.  They had already chosen a theme for graduation weekend, a theme based on Ms. Houston's song "One Moment in Time."  Two graduating seniors were slated to sing it--no small feat, but one they carried it off well.

As I thought about the sermon, I decided to use their theme as my title.  I used my allotted time to help the graduates and their families consider the importance of living each day as if it were the most important day in their lives.

I chose as my text Ecclesiastes 3:1-8:  "To everything there is a season, and a time for every matter under heaven . . . ."  I told a story of living through an earthquake, and rediscovering just how precious life can be.  I shared a letter that had been sent to me by a young woman who was dying of cancer who wrote, "I don't want to spend the time I have living dying, and I don't want anyone else to either . . . ."  And then I addressed the graduates personally.

"Every moment is one moment in time,"  I said.  "As you graduate on Sunday, hold your head high and be proud of your accomplishments.  You've earned that right.  But remember, you've earned it day-by-day.  When your mothers gave you birth, you weren't wearing a cap and gown!  When you started your first day of school, they didn't give you a diploma.  And they didn't play Pomp and Circumstance when you first set foot in Gloversville High School.  By living day-by-day-by-day, you've gotten to this day . . . .Don't take life for granted--treasure it!  Don't wait for cancer or old age or an earthquake--live now!  Make every day count for the good.  For when you do that, as the song says, you will truly be 'a winner for a lifetime.'"

Like an earthquake or cancer, Ms. Houston's death brings us up short, reminds us all of the preciousness of life.  I hope those graduates, now in their forties and not much younger than she was, take a few moments to consider anew the lofty vision her song lifted up on that weekend in 1989.

This weekend I heard two numbers that I found somewhat disturbing.  The first, offered up in all the pregame hype about the Super Bowl was  the average cost for a thirty-second commercial during the game: $3.5 million dollars.  That did not include the cost of production, the cost of actually making an ad.

The second figure I heard had to do with ongoing presidential campaign.  It has been predicted that President Obama alone may raise upwards to $1 billion (that's with a "b") for his campaign.  No figures were mentioned for the current Republican primary costs or the fall campaign dollars.  But I assume they would be comparable.

Look--I watched  (and enjoyed) the Super Bowl.  I even enjoyed some of the commercials.  And I am very intersted in the presidential campaign.  It is of vital importance that we give serious consideration as we choose our governemental leaders.  But something is really out-of-whack (if you will allow such a technical term) if we feel compelled to lavish such sums on either!

So, here's my proposition:  let's encourage all those involved with the Super Bowl to forego more of those ads, and donate the money local food banks.  Thousands, would be fed!  And then let's ask our politicians to rely on the coverage they receive from the media to replace at least half of their advertising budgets and then encourage their supporteers to build a few houses.  If both campaigns cut their campaign budgets in half this fall, and their donors diverted their funds to Habitat I figure we'd have about 37,500 more houses for those who need them.

I guess if my team had won Sunday (which they didn't) I might not be grousing so much.  And if I was sure my candidate was going to win (which I'm not) I might feel otherwise.  Still, win or lose, it seems to me both of these contests, and the costs involved in mounting them, need to be reexamined!
Posted by John H. Danner at 10:54 AM No comments: