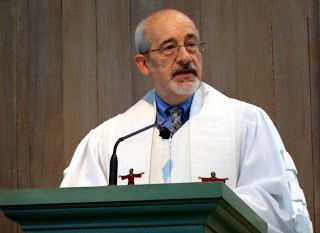 June 1st I will celebrate the thirty-fifth anniversary of my ordination to the  Christian ministry.   It was the twenty-fifth anniversary of my father's ordination.  He was already serving student parishes when I was born.  For all of my almost sixty-two years I have been a part of this institution, so I am hardly an objective observer.  But I am an experienced one.  I have been a preacher's kid, a lay person in  the pews and a pastor in the pulpit.  I've seen the local church from most all angles, and while it is far from perfect, indeed at times very flawed, it is also an institution which has the capability of being an enormous force for the good in our world today, even as it has been in the past.


In my course work and writing my dissertation, I was reminded over and over again of the many ways we have failed as an institution, how all too often we have been on the wrong side of history.  While the church led the charge in the abolition movement, much of the church vigorously defended slavery for decades.  While some in the church were part of the women's movement, patriarchy was often the rule rather than the exception.  It still is in parts of the church.  While there were and are compassionate folks in the church who have helped address the AIDS pandemic, some in the church have seen it as a punishment for persons living in ways of which they did not approve.  You get my point.


But all that said--and there is much more that could be said--I remain firmly committed to the church, for I believe that it is an institution that has the capacity to being open to the stirring of God's Spirit.  I believe that it can be (and often is) a source of healing, reconciliation, forgiveness and grace in a world sorely in need of all the healing it can get. 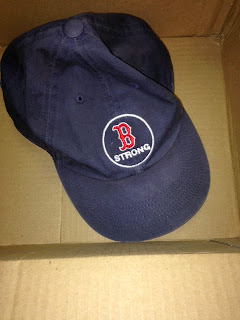 Two years ago, a few weeks after the bombing at the Boston Marathon, I received a package in the mail from my daughter Liz.  She lives in metropolitan Boston, and shares my enthusiasm for the Red Sox.  So I was both surprised and pleased when I opened up the small box and found a cap she had bought for me with the Red Sox "B" logo and underneath it the word "STRONG".

In the weeks and months following that senseless attack, I would occasionally see news articles about how very people who had been impacted by the bombing we living out the Boston Strong motto.  I was especially impressed by the amputees and others who ran in the marathons in 2014 and 2015.  The strength of character demonstrated by such folks truly enhanced the city's reputation.

Then in recent months as Dzohokhor Tsarnaev was tried for his role in the tragedy I once again witnessed various persons showing real spiritual, emotional and psychological strength as they took the stand and testified to what they had seen and experienced on that April day in 2013.  Such testimony always calls for real courage in the face of fear and sorrow.

On the day that Tsarnaev's sentence was to be handed down, I noticed at least one Boston Strong sign among those who waited outside the courthouse.  But, I wondered, what does Boston Strong mean in such a context?  Some have suggested that passing down the death penalty is a show of real strength.  We'll show terrorists we mean business.  But the way I see it, the death penalty is never a symbol of strength.  At best it is a symbol of frustration, at worst, it is a reminder that the human need for revenge can, at times, be overwhelming.

Don't misunderstand, the guilty verdict was clearly the right verdict.  And the jury demonstrated strength in their willingness to sit through testimony that was at times most painful.  I applaud their willingness to serve their community.  And under the circumstances, I can understand their desire to mete out what they perceived to be the most severe penalty for such an atrocious act.  They wanted to be Boston Strong.  But the death penalty isn't strong.  In fact, it is weak, for when it is administered we human beings are giving in to our basest emotions.  Yes, Dzohokhor Tsarnaev should be locked up for life, with no chance of parole.  But putting him to death only reinforces a cycle of violence that leads to more violence.

I will continue to wear my cap.  I will continue to be proud of a city I love dearly.  But each time I wear it I will pause and consider what it really means to be strong.
Posted by John H. Danner at 10:59 AM No comments:

I recently came across a quote from Desmond Tutu which struck a nerve.  "If you are neutral in situations of injustice," he said, "you have chosen the side of the oppressor.  If an elephant has its foot on the tail of a mouse and you say that you are neutral, the mouse will not appreciate your neutrality."

As I think about the ongoing conversation in our nation about police relations with minority communities, I can't help but wonder what it means to remain neutral.  Clearly, there is a measure of injustice at play.  Clearly, racist attitudes impact such relations.  If remaining neutral means saying, "well, there may be injustice here, or maybe not"--then I am most certainly not neutral.  There is injustice.  Black detainees have been mistreated.  Being stopped and frisked does happen for no other reason than a driver is a young black male.  If being neutral means saying those things may or may not happen, may or may not be fueled by racism, then count me out!  I'm not at all neutral!

But, we must also remember we have a very real problem.  The very ones police officers are sworn to serve and protect often feel they are neither served nor protected.  Indeed, they often feel they are considered less than human.  And often for good reason, for the treatment they receive is at times sub-human.  And no one--no one--should ever feel that way.

Desmond Tutu was instrumental in helping establish the Truth and Reconciliation process in South Africa.  A process  that led to genuine understanding and healing between persons who were at least as estranged as cops and minority community members are in our country today.  Perhaps we need to look there for a model.  Certainly we could use some truth.  And a little reconciliation would be a good thing too.  For mice and for elephants--and for all the rest of us as well.
Posted by John H. Danner at 11:53 AM No comments:

And So We Wait 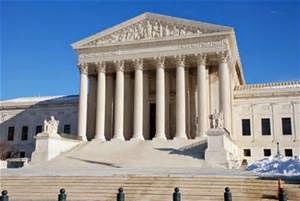 So, the arguments have been presented and now we wait for the court to make it's decision.  Will the judges allow for marriage equality across the land?  Or will they place limitations on it, maybe even eliminating it altogether?  While the later seems highly unlikely, stranger things have happened over the course of history.

How often do we find ourselves in just such a place?  For me, and many others, I'm sure, the days of waiting are often harder than anything that follows.  I have heard more than one person waiting biopsy results say they just want to know what's going on so they can move forward with their lives.  If it's good news, wonderful.  But if it's not, well then, they can begin to address it.  But this waiting, Pastor.  This is hard!

And so it is.  I've never been known as a patient person.  My seminary president once wrote in one of my first professional references that I was a very gifted person, but--and it was a big but--"but John will need to learn that everything can't happen all at once."  It's a lesson, some thirty-five years later, that I'm still trying to learn!

So we watch and wait as the court makes up its mind.  We've been in this place before, and we'll be in it again.  It may not be marriage equality, or cancer tests, but it will be something.  Because my old seminary president was right, everything can't happen at once.  And sometimes, sometimes, the greatest lessons happen in the gaps, the in-between times, the transitions, the times of waiting.