Clergy in the Key of U (for Unity!) 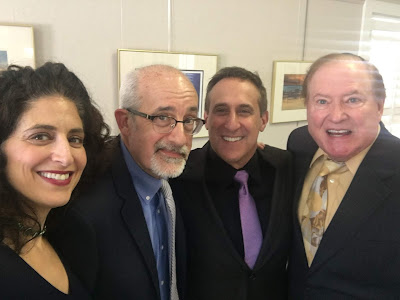 This past weekend I had the real pleasure of participating in a concert titled "Three Cantors and a Pastor."  My fellow performers included Cantor Murray Simon, of Temple Bat Yam (the Reform Jewish congregation that shares our facility), Cantor Randy Herman from Mt. Kisco, New York, and Cantor Elizabeth Shammash from Blue Bell, Pennsylvania.

Our concert opened with "Hine Ma Tov," a delightful setting of portions of Psalm 133--"How good and pleasant it is when brothers and sisters dwell in unity."  The rest of the program ran the gamut--from Bizet to Bernstein, Stevie Wonder to Lerner & Lowe, and much, much more.  We were accompanied by Toby Simon, Cantor Simon's wife, and a fine musician in her own right, Saxophonist Shawn Allison, who is the leader of our Blended Trio here at SCUCC, and Dr. Thomas Cooley, percussionist and friend of our congregation.  It was truly a wonderful expression of interfaith cooperation!

One of the delightful things was discovering the various things we had in common (beyond a love of music!)  Murray, Lizzie and I, for instance, all spent time studying at Boston University.  And one of the mentors in Murray's life, Dr. David McClosky, was the husband of my voice teacher in college, Barbara McClosky.  Randy and Lizzie attended seminary together.  And the list of commonalities goes on.

I don't think you necessarily have to sing with other folks to get a chance to discover how much we share in common as human beings--much less give a concert!  But I don't think it's such a bad idea.  For throughout time music has often been a unifying force in human life!

How good and pleasant indeed!

Half-Price Chocolates and the MBTA 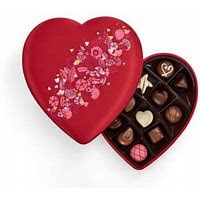 Many years ago I was commuting into Boston on the "T"--the subway system that winds its way above and underground in that wonderful old city.  It was one of those days when you wonder if the trains only run in one direction.  Car after car went the other way, while those of us on our side of the tracks waited on the platform.  Five minutes, ten minutes, fifteen minutes.  The lack of a train seemed to go on forever.

There at the stop, along with a number of us tight-lipped, briefcase clutching folks, was a young couple.  They were giggling, and kissing, and sharing a huge silk-flower covered yellow heart-shaped box of chocolates.  Suddenly a third friend joined them

"Where did you get that?" she asked pointing at the box of chocolates.  The young woman giggled, as her beau responded.  "It was half-price at the drugstore!"

As the three of them laughed, I thought to myself,"I would never buy such a silly thing, and even if I did, I wouldn't eat it in public!"  Maybe when I was even younger I would have done that.  But that day I was more concerned about my image.  I didn't want to look foolish before the other briefcase clutchers.  At sixty-five, I still worry about such things from time to time.  But I'm getting better.  Maybe that means I'm getting younger--at least at heart!

I suspect there are such leftover boxes of chocolates on sale right now at the drugstore.  After all, Valentine's Day was less than a week ago!  Maybe I should go buy one! 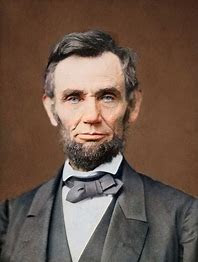 When I was a boy they hadn't invented President's Day yet.  I have always suspected it was really a ploy to get one more Monday holiday, and one more opportunity to sell stuff.  cars in particular.  Rather, February saw occasions for celebrating two presidents birthdays, Lincoln's on the twelfth and Washington's on the twenty-second.  I miss those days.

Don't get me wrong, I understand that there are other presidents who we should honor.  Arguably, the office itself is worth a special mention.  But then there are a whole slew of painfully forgettable presidents, who come nowhere close to the profile of a Washington or a Lincoln.  Should we really be lumping them all together like that?

I have always had a soft spot for Lincoln, but it is only in recent years that I have come to fully appreciate Washington.  Most especially I have been convinced the simple fact that he refused a third term sent our nation on a whole different trajectory.  For that act alone we can and should honor him.  But that's alter in the month.  This week it is Honest Abe's moment.  And let's be clear here, he did indeed save the nation from disintegrating.

So happy birthday, Abe!  Thanks for all you did, and for the ways you helped us see a
grander vision of America.  Might we seek to live into more fully in the years ahead!
Posted by John H. Danner at 1:50 PM No comments: 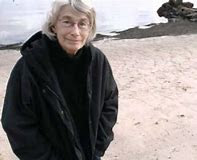 A few months ago I was wrestling with some decisions I needed to make about my future.  I was having a very difficult time discerning just what God would have me do.  I shared my dilemma with my spiritual director who recommended I continue to pray about it.  "And perhaps, " she said, "you could use a line of poetry as a mantra for your meditation."  I was open to the idea--I already read a poem a day as part of my spiritual discipline.  "Why don't you use the last line from one of Mary Oliver's poems," she said, "except make it in the first person plural:  'What will we do with my one  wild and precious life.'"   "We?" I asked.  "Yes," she said, "You and God."

And so I did, for a month I used the abbreviated Oliver line as a mantra, repeating it over and over again in my meditation time.  And finally, out of those mediations came the answer I needed to move ahead.

Mary Oliver died just this past month, on January 17.  She will most certainly be missed.  Her poems, often reflecting the natural world around her, have touched the lives of untold numbers of people in so many ways.

A dear friend of mine tells me that in Provincetown, Massachusetts, one of the places she loved the most, they are considering naming a street after her.  Mary Oliver Way.  An honor well deserved, and somehow most appropriate.  For we would all do well to live the Mary Oliver way--attentive to the world around us, and appreciative of the great beauty and mystery it holds!
Posted by John H. Danner at 3:17 PM No comments: