The Reality of Gun Violence


Is it my imagination, or is the news cycle getting shorter?  It used to be that a mass shooting, like the one in Washington last week, would lead to many days of coverage.  It would be at the top of the hour every hour.  It would be page one every day.  We would be given every detail, every little bit of information.  But somehow the shooting spree at the Washington Navy Yard which resulted in thirteen deaths (twelve victims and the shooter) has already begun to slip out of our consciousness.

I want to say it is because the attack on the mall in Kenya has taken it's place. And that, indeed, may be a part of it.  But what I really suspect is that we have dealt with so many of these gun violence events here at home that we are becoming hardened to them.  In the interest of our own mental well being, perhaps, we have decided to readjust our expectations of life in 21st century America.  Yes, it's awful, many folks may be thinking, but, hey, such is life!  Things happen.

In his address at the Memorial Service for the victims, President Obama expressed similar concerns.  "Sometimes," he said, "I fear there's a creeping resignation that these tragedies are somehow the way it is, that this is somehow the new normal."  Frankly, that's very frightening.  While I have great issue with many of the stands taken by various gun rights advocates, and am concerned about how their positions impact things like legislation and culture in the United States, I am far more concerned about complacency!  If we begin to accept the violence that shattered the lives of so many in Aurora and Newtown and Washington as normal, or worse yet as inevitable, then we will be paralyzed when it comes to any effort to make a change.  Whether you think we need to address the problem through stricter gun control measures, or better enforcement of existing measures, or beefing up our mental health system, or even posting armed guards everywhere, nothing will happen until we own up to the problem in the first place.

Yes, the news comes and goes.  Yes, we will probably talk about the Washington shootings for a bit longer, but then we will forget.  The families of the victims, their co-workers, their friends, they won't forget.  And neither should we.

America the Beautiful does not have to be America the Violent.  But ignoring a problem, pretending it's just part of the routine, won't make it go away.  Never has--never will.
Posted by John H. Danner at 5:25 PM No comments:

For all the organizers protestations to the contrary, the Miss America pageant is still a beauty pageant.  Yes, I know, they conduct extensive interviews with the contestants.  Yes I know they have to have a talent they can demonstrate (though not archery we discovered this year.)  Yes, it's true, many if not most of the young women are actually very accomplished in a variety of ways, including academically.  This year's runner-up, for instance, already has both a Bachelor's and  Master's degree--from Stanford in fact.  But still, they march around in bikinis and evening gowns, and backstage talk about the importance of hairspray and, I couldn't believe it, butt glue.  I guess that holds the aforementioned bikinis in place.

Obviously there are some valid feminist concerns about the pageant, for in some ways it does indeed seem to commodify women.  But the brouhaha about this year's winner, a bright, charming, talented and beautiful young woman of Indian descent, once again reminds us that many Americans are still bogged down in racist views.

Nina Davulri, the new Miss America, is hoping to go to medical school.  She plans on using her $50,000 scholarship to help make that dream a reality.  I don't know enough about her academic history to know if she will be accepted into med school.  I do know that the admissions process for such schools is in many ways even more rigorous than the series of pageants one goes through on the way to being crowned Miss America.

Here's what I hope.  I hope that she does make it into medical school.  I hope she gets licensed to practice.  I hope she becomes a super doctor and serves humanity in such a noble fashion.  That will ultimately show those who are trashing her because of  her ethnic background that America can be a place where, in Martin Luther King's words, people are "not judged by the color of their skin but by the content of their character."

Twelve years ago today I stood in the pulpit of the First Congregational Church in River Edge, New Jersey for what I assumed would be the last time as I preached my final sermon. It was a lovely late summer's day, and the congregation went all out in the efforts to bid me and my wife Linda a fond farewell. There were many tears, much laughter, some lovely gifts, a delicious meal, some very kind words, and then it was all over. Nothing left to do but drive up the road to our new home, and my new congregation, in Westport, Connecticut.

Little did I know that even as I was saying goodbye to people I had grown to lvoe very dearly over the ten years we had been together, final steps were being taken that would lead to the devastation that has come to be known simply by the date it happened: 9/11. Indeed, just two days later, as I was unpacking boxes of books in my new office, word came through that a plane had hit the World Trade Center. And then another, and another crashed in Washington, and yet a fourth in Pennsylvania.

Twelve years have come and gone since then. I now have five grandchildren instead of just one. I've moved again this time to Florida--and have actually been here for almost four years! So much has happened, so much has changed. And with each passing year, the memory of that day and its aftermath, grows a bit dimmer. I am beginning to understand how older Americans feel about the attack on Pearl Harbor. I desperately want to forget that it ever happened--yet how can I? It changed everything. It turned my world upside down--even as it did for millions and millions of others.

I've not seen a lot in the news about the anniversary of 9/11 this year. Even the internet has had little to say. But I know it is there just beneath the surface, informing our conversations about things like the crisis in Syria. In therapeutic circles we talk about the reality that you can't change the past. But that doesn't mean it should be forgotten. For it is always there. Always a part of the present. That's why every year our Jewish friends remind us to "never forget" in their annual holocaust remembrances. I can't turn back the calendar.

I can't go back to that final day in River Edge and play it forward in a new way. But I can remember. So can all of us.
Posted by John H. Danner at 1:41 PM No comments: 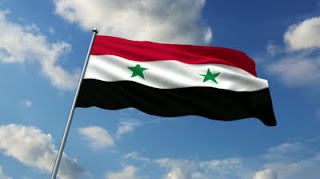 I usually preach from the lectionary, that three-year cycle of scripture readings used by millions of Christians around the world.  Due to some local programming here on Sanibel I am going "off-lectionary" this Sunday as we honor grandparents.  I just didn't want to try and unwind the words Jesus speaks in the assigned gospel reading from Luke.  "Whoever comes to me and does not hate father and mother, wife and children, brothers and sisters . . . cannot be my disciple."  (Luke 14:26)  Somehow I don't think grandparents are exempt--he just didn't think to mention them.  He doesn't mention cousins or aunts or uncles either, but they too are probably on the list.  I think I have some understanding of what he means here--essentially that God must come first above all others--but I just didn't want to tackle that.  Call me wimp, but so it goes.

Besides, if I did take on the text, I would probably have to focus on the second half of it.  The entire lesson as assigned runs from verse 25 through 33.  It is all about the cost of discipleship.  The cost of following Jesus.  And he uses an example which, as the say about the stories on Law and Order, is "ripped from the headlines."  In the New Revised Standard Version it reads, in part, as follows:  "What king going out to wage war against another king, will not sit down first and consider whether he is able with ten thousand to oppose the one who comes against him with twenty thousand>  If he cannot, then, while the other is still far away, he sends a delegation and asks for terms of peace."  (Luke 14:31-32)

Imagine the places a preacher could go this Sunday with such a text!  He or she could focus on any number of issues related to the current crisis over Syria!  The importance of careful debate and consultation.  The need to look at all the issues.  The value of diplomacy.  The dangers of war.  The desirability of peace.  But in the end, such foci would miss the point of the text.  For Jesus is very clearly saying, if you want to follow me, if you want to be a disciple, consider the consequences!  For such a choice will change your life in ways you may not even be able to comprehend.

I don't think this or any other Biblical text can be used to answer the specific questions that have emerged in this or any other situation.  But I do think it can be used to remind those who claim to follow Christ that such a commitment means applying his way of life to all of life.  Including where one stands on issues of war and peace.  Radical?  You bet.  Difficult?  Are you kidding me?  The hardest thing of all!  Yet the one thing necessary.

Come to think of it, over the years that's something I've heard a grandparent or two say.
Posted by John H. Danner at 2:47 PM No comments: