So Who's in YOUR Prayers? 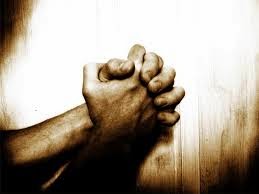 I saw a brief blurb in the most recent Christian Century which reported that almost half of all Americans say they pray every day.  Of that number 82 percent said they pray for friends and family.  Only 40 percent pray for their enemies and a scant 12 percent pray for governmental leaders.  (October 29, 2014, 8)  Which just goes to show you that those who think politicians haven't got a prayer may be right!

Seriously, though, I am struck by the fact that so few of us pray for our president, our governors, our senators and representatives.  Here at Sanibel Congregational United Church of Christ our staff gathers for prayer every morning, and one of the prayers we offer up every day reads:  "We pray for those who make decisions that impact all our lives, especially our President, Barack, and our Governor, Rick."   For the cynically minded, it means we cover both enemies and those in authority in one prayer--for Barack Obama and Rick Scott are politically polar opposites!  One or the other is probably your political nemesis!  The Episcopalian Book of Common Prayer, and prayer books for many other denominations as well, includes prayers for governmental leaders.  As the piece in Christian Century notes, it is what the New Testament says we are supposed to do.  "I urge that supplications, prayers,intercessions and thanksgivings be made for everyone," writes the author of First Timothy, "for kings and all who are in high places . . . ."  (2:1-2a)

Next week we will be going to the polls to elect some of our leaders.  Here in Florida we will decide the outcome of an exceptionally virulent campaign for governor.  It is a tight, tight race.  Too close to call.  And around the nation there are other such contests as well.  Places where the populace is evenly divided when it comes to their choice of candidates. And so it is in this democracy of ours.  Often we find ourselves disagreeing over leaders and policies and programs.  Good and faithful people can be found on most any side and most every side!  As that old bumper sticker says, "God is not a Republican . . . or a Democrat!"  But as Christians, Jews and other people of faith, we should all agree on this:  our leaders need our prayers.

So who's in YOUR prayers?

It was a strange juxtaposition.  Zombies and ebola.  Let me explain.

The neighboring city of Fort Myers held it's annual ZombieCon this past weekend.  A celebration of all-things zombie.  Folks dress up in elaborate zombie-themed costumes.  There are contests and music and special foods.  All the things you'd expect at any street festival.  All focused on zombies--the living dead.

Needless to say, such an event provides many photographic opportunities for television.  And the local stations did themselves proud, covering the event in great detail.  TV screens were filled with graphic images of decaying flesh masks and make-up gone wild.  Some of it was pretty silly.  A lot of it rather scary.  And most of it just plain gross.

I was shocked, however, not so much by the event or the make-up as I was by the way the stories about the ZombieCon were butted right up next to stories about the ebola crisis.  It struck me as rather tasteless.  I'm all for good fun.  And dress up is indeed a game the whole family can play!  But our national fascination with the zombies, animated dead bodies who dine on the flesh of the living, is bizarre at best.  Then again, maybe it's not.  Maybe it really is rather understandable.

One thing about dressing up like a zombie:  when you're done playing make-believe, you can wipe off the makeup, take off the raggedy costume, and resume your everyday life.  You can't do that with diseases like ebola or AIDS or cancer.  You can control being a zombie.  And we all know zombies aren't real.  But ebola isn't fake.  HIV/AIDS is very real.  Cancer impacts most every family. And ISIS and drought and tornadoes and forest fires that last for months . . . there are some things we can't seem to control.  Things that really frighten us.  Maybe that's why it's such a relief to be a  zombie--if only for a weekend.
Posted by John H. Danner at 12:15 PM No comments:

The Graying of the Church

Technically we are not part of the so-called "gray belt"--a cluster of eight counties in central and western Florida that is populated by a disproportionate number of senior citizens.  Lee County has plenty of older folks, but not enough to qualify for that designation.  Sanibel, however, this lovely island where I live, could be called the gray button.  Our average age here in our fair city is sixty-one.  (www.realtor.com) Counter-intuitively, we are the wave of the future, for our nation is aging with each passing year.

We have never tried to determine the average age of our five hundred or so parishioners here.  But I suspect it's not far off the city average.  It may even be a bit older.  We have some younger members, and even a few families with young children.  We have a good educational program for kids--bopth midweek (which attracts quitre a few "non-church" kids) and Sunday mornings.  We also run our own weekday preschool.  But by-and-large our members are retirees, often snowbirds.  Here for the winter, but gone three to six months of the year.

We do a fair amount of hand-wringing around here about church growth.  We need younger members, we need to bring in the young families!  I hear that a lot.  But what if they aren't there to be brought in?  Or, what if what we have to offer just doesn't meet their needs?

I love church.  I love Sunday worship.  I love the various accoutrements that surround the institution called church.  I even love a good stewardship campaign!  But I just turned sixty-one.  I'm not even bringing down the average age anymore!  Only one out of my three children is a regular church goer.  I share the fate of most of my parishioners.

What if church as we know it is on the verge of extinction, what then?  How will we, in this liminal time, best serve those in the gray belts and buttons, while still moving into the future?  I wish I had the answer--I'd hire out as a highly paid consultant!  I'm sure it is not simply a matter of guitars and drums in worship, and Starbucks in the social hall.  But what is it?  How do we institutionally carry out our mission to love God and neighbor in this rapidly changing world? 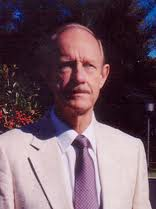 October is Clergy Appreciation Month.  I'm not sure why we pastors need a special month dedicated to folks expresing their appreciation.  I find they tend to do that all year long--it is one of the things that truly sustains me in my work.  Folks send lovely notes and e-mails.  Sometimes they leave a book or an article that they think I'll appreciate in my mailbox.  And they often take time to stop me at coffee hour to say thank you for this or that.  So I don't really think we need a designated month.  But be that as it may, perhaps it does give me a chance to thank some of the clergy who have been important in my life.

I start, of course, with my Dad.  Howard Danner.  He was a stubborn son-of-a-gun.  He had strong opinions, and he was more than happy to share them with you.  From the pulpit, in one-on-one conversations, in written correspondence.  I suspect it wasn't always easy being one of his parishioners. Certainly it wasn't always easy being his son--especially since my views often diverged from his!  But parishioners and offspring alike also knew that they could count on Dad when they needed him to be there.  He was a real johnny-on-the-spot when it came to pastoral care!  I learned much, sitting under his preaching and pastoring for eighteen years.  But the two most important lessons were this.  Don't be afraid to speak the truth as you understand it.  And, love.  Love the people you care for as a pastor.  Really love them.

When I was a teenager I was part of a youth group led by another pastor in town.  A fellow named Don Rankin.  Don was my Dad's successor--and in many ways they were polar opposites.  But Don had a real heart for young people.  His youth group meetings were always challenging.  We deal with a wide array of issues:  human sexuality, racism, poverty.  And when you needed a wise bit of counsel, Don was always willing to make time to sit and talk things through.  From Don I learned that pastors should be there for the young people as well as the adults.

Actually, my list of clergy I appreciate is very, very long.  I know more pastors than may be healthy for any human being!  But I mention just one more.  Ron Kurtz.  Ron was the regional minister when I was starting out in my first full-time parish in upstate New York.  He was a very wise judicatory official, who understood that even pastors need pastors.  Shortly after starting at my new church in Gloversville, I was separated from my wife of twelve years.  I was petrified!  How could I tell these folks who had just called me as their new pastor!  "Trust them," advised Ron.  "They will be far more accepting than you can imagine."  And he was right.  Ron helped me through the crisis, and even saw to it that I got two or through opportunities for writing and learning that boosted my very fragile sense of self.  From Ron, I learned that being a pastor is, in some ways, a two way street.  Not that a congregation is there to meet your needs as a pastor.  Rather, there are times when they will need to hold you up--like the leaders who held up the arms of Moses.

I'm still not sure we need a special month for expressing our appreciation for the clergy in our lives.  But the truth is, when someone makes a difference in your life you can never say thank you enough!

(Photo:  Howard Danner, circa 1980.  Unfortunately, I am unable to locate pictures of Don Rankin or Ron Kurtz.)