So Who Am I When I Retire?

This coming Sunday marks the eleventh anniversary of my first Sunday at Sanibel Congregational United Church of Christ. And what a wonderful eleven years it has been.  Even this last year, with all its challenges! It also is the first Sunday in what will be a two-year time of pastoral transition for both of us, me and the congregation.  For yesterday the congregation, at it's Annual Meeting, officially approved of a retirement plan that I had originally proposed to our Church Council Executive Committee.

Retirement!  I am still adjusting to the idea.  I once said I found it easier to imagine dying than retiring.  I'm happy to say I've moved past that morbid thought, but still I am having a hard time imagining it.  I am rather wed to the idea of being an active pastor (it's been forty-three years, after all!)  So the next two years will provide me time to take a good look at my identity.

It will provide the congregation the same opportunity.  Not to look at my identity, but rather theirs.  Who is John Danner beyond being Pastor Danner?  And what is the Sanibel Congregational UCC at this point in its
journey?  Big questions for both of us.  But I suspect we will come to a similar answer.  For Pastor or not, I will remain a follower of Jesus, trying to ascertain what's next on my faith journey.  And the congregation will remain a church, followers of Jesus also discerning the direction they need to go in the future.

Keep us all in your prayers as we move through these transitional times.

A Place at the Table

While we are no longer a legally segregated society, we still are largely divided by race and class.  Just look around this sanctuary if you need a concrete example.  As Martin Luther King often noted 11:00 o’clock Sunday morning is “the most segregated hour in America.”

One could argue, I suppose, that the lack of racial diversity in my congregation is directly tied to the lack of racial diversity on Sanibel.  And that is, no doubt, true. We can’t unravel the complexities of de facto segregation in a single blog post, but perhaps we can acknowledge the reality that we are still a long way from Dr. King's vision of a world where all have a place, an equal place, at the table.  Where all can share in the abundance.

In the last years of his life, Dr. King paid an increasing amount of attention to the economic ramifications of racism.  And in the last days of his life he was engaged in supporting the garbage workers of Memphis, Tennessee who were out on strike, protesting poor working conditions and low wages. When he traveled there from Atlanta the plane, he was to fly on was guarded overnight to make sure no one would plant a bomb on it.  When he touched down there were verbal threats against his life.  It was nothing new, he he had dealt with such threats for a number of years.  But still be persisted in his efforts to lift up those who were oppressed, those who had no place at the table.

On April 3, 1968, he mounted the pulpit at the Bishop Charles Mason Temple in Memphis, the headquarters of the Church of God in Christ, a Pentecostal denomination.

As he wound up his address, his words rang out:   “. . . I don’t know what will happen now.  We’ve got some difficult days ahead.  But it doesn’t matter with me now.  Because I’ve been to the mountaintop.  And I don’t mind.  Like anybody, I would like to live a long life. . . . But I’m not concerned about that now.  I just want to do God’s will.  And he allowed me to go up the mountains.  And I’ve looked over.  And I’ve seen the promised land.  I may not get there with you.  But I want you to know tonight, that we, as a people, will get to the promised land.”  (A Testament of Hope, 286)

It was last sermon and it proved to be powerfully prophetic.  King was assassinated the very next day.

Yes, we've made some progress, but this past year in particular has reminded us we aren’t there yet. 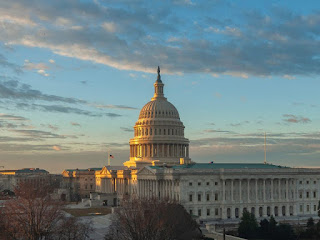 A parishioner reminded me last week of a Winston Churchill quote from 1947:  "[D]emocracy is the worst form of government," he said, "except for all those other forms that have been tried from time to time . . . ." (https://winstonchurchill.org/resources/quotes)  These past weeks we have certainly seen that put to the test.

It would, of course, be far easier to  give up on democracy.  How much simpler it would be to have some form of autocratic rule.  No decisions to be made.  No need to take responsibility for anything that happens.  Just go along to get along.

But those of us who are part of the Congregational tradition have realized over the years that as hard as it is sometimes to have the conversations necessary to make decisions for the whole body, our lives are greatly enriched when we do.  And often our decisions are so much better.  Especially when we work at including everyone in the conversation.

Clearly, as the attack on the Capitol made very clear, we need to recommit ourselves to the work democracy.  Work that should be, must be, non-violent and broadly inclusive. And just as clearly, as the protests over the summer also made clear, there are many who have not been included in the decision-making process, many whose voices have not been heard.  Those who are impoverished, rural folks, people of color, and the list goes on.

Let's be clear, our democracy is broken.  But I hope we don't approach it like so many other things in our modern age.  I hope we don't just throw it out and replace it with something new and different.  I hope that we will have the courage, the patience and the will to fix it; to honestly assess what's wrong, and to address it.

I don't think planned obsolesce is built into American democracy, but clearly, from the start, there was a recognition that it needs ongoing adjustments, even major adjustments.  And for that to happen it will take all of us being involved.

Let Me Be Joy! (Another Look at the New Year) 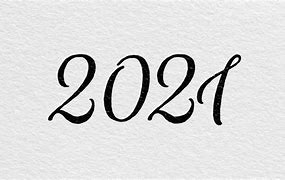 I thought this was supposed to be a new year and a fresh start?  Why does it feel so much like . . . well, 2020?  You know, political turmoil, an out-of-control pandemic, bureaucratic snafus, civil unrest, racial tensions unresolved, economic stress on so many . . . doesn't look very new to me!

But here's the thing.  I can, get so bogged down in that kind of thinking that I fail to take the steps I can to make a difference, a difference in my life, and a difference in the lives of those around me.  I can fall into despair, "Oh mothing changes, nothing ever gets better!" Or, I can work out of hope.

Daily I share a poem and a prayer on Facebook Live, and this morning I read a poem called "A Prayer for Today" by Mary Carolyn Davies.  Born in the late nineteenth century, Davies was a moderately successful poet whose work was even included in Louis Untermeyer's 1921 anthology Modern American Poetry.  She died, however, in extreme poverty in new York City in 1940.  Hers was not always an easy life.

What struck me most about the poem, and why I shared it, is its call for approaching life in a way that would and does make a difference.  The poet asks God to make her "too brave to lie or to be unkind" and "too understanding to mind the little hurts companions give."  Many would call it a simple prayer and a simple poem.  Even simplistic.  Yet I found and find some real strength in it, as she prays, "Let me be joy, be hope!  Let my life sing!"