Ode to Autumn (Or Why I Quit Grumbling) 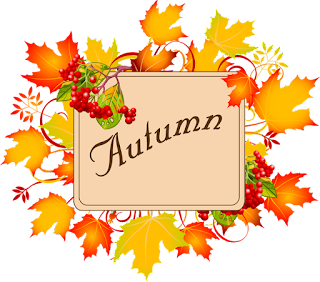 Autumn.  My favorite season of the year.  I love the crisp air, not to mention the crisp apples!  I am awed by the beauty of the changing leaves, the various shades and colors that appear on the hillsides.  I am relieved by having a bit of cool weather . . .
But wait.  I live in Florida, year round!  And while I might normally find my way to New England for a visit in September, this year Covid19 is keeping us home.  So no crisp air, no local McIntosh apples, no leaves turning color in any dramatic fashion on the hillsides (no hillsides for that matter!) and as for cool weather?  Give me a break!
Now I have a choice here.  I can grumble and complain.  I can invoke pity.  Or I can remember I made the choice to move to Florida.  I knew what I would be giving up to live here.  I also knew what I would be gaining--like weather that allows me to ride my bike year round.  Like beautiful scenes of palm tree lined roadways and beaches at sunset.
And more importantly, I can remember why we moved here in the first place.  To serve a really fine congregation.  And to be closer to some of our family (all our grandkids were here at the time we moved--now we have two more who are in New England, and we miss seeing them more than I miss seeing the fall leaves, but that's another essay.)  The main thing is this.  We always have choices, maybe not in the external details of our lives, but in how we view them.  It's as common a bit of wisdom as the old cliché about glasses being half empty or half full.  But it is still valid wisdom.  One we do well to adopt for ourselves.
Autumn?  It can still be my favorite season of the year.  Just for different reasons!
Posted by John H. Danner at 11:27 AM No comments: 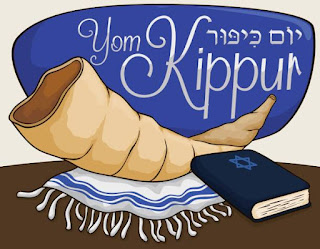 I am not a rabbi.  I have not devoted years of my life to the study of the Torah, like my friends Bob and Jim and Myra and Steve.  I am not even a Jew, though the one I follow was a Jew.  I celebrate Christmas and Easter and All Saints Day.  Not Passover and Hanukkah.  So maybe it is rather presumptuous of me to comment on Yom Kippur, the Day of Atonement, arguably, so I understand, the holiest day on the Jewish calendar.  But allow me to indulge in some cross-faith observations.

It seems to me that we as Americans--Jews, Christians, Muslims, Buddhist, atheists, pagans, the whole lot of us--would do well to mark Yom Kippur this year.  The practices surrounding the day include fasting.  There are a number of ways to understand this practice, and certainly other faith traditions engage in periodic fasting, including my own.  But one way of understanding this ancient spiritual practice is to see it as a symbolic cleansing.

Over time many toxic elements find their way into our bodies, and fasting is a way to flush them out.  So too many toxic elements find their way into our hearts and minds, our very souls.  As Americans we have been exposed to an enormous amount of toxins this past year.  Hatred has rarely had such free reign.  All too often, regardless of our political or social views, we have labeled those with whom we disagree as something less than human, and in doing so we diminish our own humanity as well.  We would do well to be cleansed of such,

To atone for our own participation in such thinking, such speaking, such acting, might not be such a bad idea for all of us.  Owning up to our--here's an old-fashioned, out of favor word--sins, and then vowing to move in a new direction, seems to me to be an exercise from which would benefit most of us. And it would benefit the nation as well.

Hugh Starnes is my new hero.  Unless you live in Southwest Florida you've probably never heard of him.  Even if you do live here, you may not recognize the name.  Don't feel bad, I'd never heard of him either, at least not until this past Sunday, when he made the front page of the local daily paper, The News-Press.

Starnes is, or was, a judge, a Senior Judge in the 20th Judicial Circuit.  A well respected judge, by all accounts.  One who served for forty-two years.  But on September 1 he officially stepped down.  Not for health reasons.  Nor to spend more time with his family, though that may happen as well.  No he stepped down so that he could speak up.  Judicial ethics require impartiality.  A sitting judge is not allowed to speak out about partisan matters.  Nor can he or she speak out about social justice issues.  (Yes, there is a certain irony in that.)  So Judge Starnes decided to take off his robes and put on colors.

In his letter of resignation, Starnes wrote, "My value system will not allow me to sit silently by while our society struggles to deal with . . . flaws that tear at the very fabric of our society . . . . This presents an irreconcilable conflict with my position as a judge, bound by judicial ethics that require me to say nothing."  (The News-Press, 9-13-20, 9A)

Whether or not you agree with the views Starnes is now able to articulate, you have to admire the fact that he so respects the position he held for so many years that he was willing to give it up rather than demean it by violating the code of ethics which govern it.  That's why he is my new hero.

And there is more.  I can relate.  I understand the struggle, for I am also bound ethically (and legally for that matter) to not use my position to advance a partisan cause.  Unlike a judge, however, I can speak out on issues.  And that, I would suggest, I am called to do by the gospel.  So in the weeks ahead you won't find me endorsing any candidates, nor will you find me publicly standing with any party.  But you will find me speaking up for justice, for equity, for peace.  Not just in the weeks ahead, but in whatever time I have. 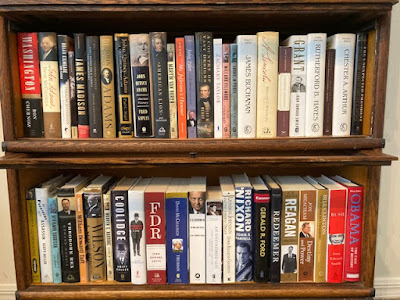 After several years I have finally finished what I've come to call the Presidential Project.  Five years ago, give or take, I set out to read a biography of every single former president.  This past Sunday I finally read the last sentence of Peter Baker's Obama: The Call of History.  "For Obama," he concludes, "history is still calling." started the effort reading Ron Chernow's monumental, Pulitzer Prize winning Washington: A Life.  The book itself proved, far, far more inspired than the rather bare title!  Indeed, good enough that I was more than happy to continue along the path I had laid out for myself.  It was a good thing that the six-hundred page tome on Chester A Arthur was not the first one.  I might have hung it up right there and then!

Finding biographies of some of the presidents, including Franklin Pierce and both Harrisons, proved to be a real challenge.  Others, like Jefferson and Lincoln, provided an abundance of choices.  Several authors guided me through more than one life.  David McCullough and Jon Meacham come to mind as real standouts.

I am often asked if I now have a favorite.  And I do.  A surprise choice for most who ask:  John Quincy Adams.  He was such an intriguing figure.  True, his presidency was basically a bust, but his post-presidential life, and the tenacious way he fought for abolition--collapsing in the end at his desk in the capitol, was and is a real inspiration!

Each of presidents promised to "preserve, protect and defend the Constitution of the United States," most taking the oath in Washington, though others in places like New York City, rural Vermont and even on an jetliner.  Some interpreted that task in such a way as to shape how the Constitution would be understood for years to follow, others in ways that proved detrimental to the cause of freedom. But each of them had what proves to be a more and more complex and difficult job as the years go on.

In this presidential election year, though, we are reminded that ultimately we get the presidents we elect and, many would say, the ones we deserve.  They won't all be Washingtons, Lincolns or Roosevelts. Not even Jeffersons or Trumans.  But whoever we elect will reflect who we are.  And that, I have been reminded by this Presidential Project, is  ever changing.  Sometimes for the good, sometimes for the ill.  But always it is in flux.  History is still calling, not just for Obama, but for all of us.