Jesus and the Beatles Revisited 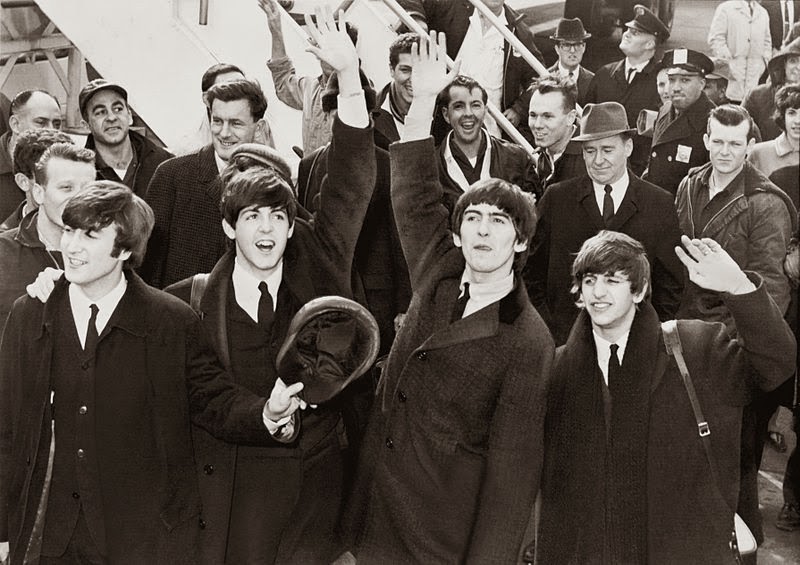 This year marks the 50th anniversary of the Beatles first tour of America.  Last night the two surviving Beatles, Paul McCartney and Ringo Starr, wowed fans with a performance on the annual Granny Awards Show.  John Lennon's widow, Yoko Ono, was even in the audience.

I grew up in the sixties, the heyday of the Beatles.  And no doubt have been shaped by their music.  I consider myself a fan, and own many of their albums.  I can sing along with most of their songs.  While I never got caught up in true "Beatlemania"--and am more partial to the later albums than the earliest records they made--it would be hard to deny their influence in my life.

At one point, John Lennon rather famously compared the Beatles to Jesus:  "We're more popular than Jesus now," he said in an interview.  He went on to predict the demise of Christianity.  "Jesus was all right," he said, "but his disciples were thick and ordinary."  Needless to say, it created quite an uproar, but in terms of the disciples Lennon wasn't saying anything that the writers of the gospels hadn't said themselves!  Over and over again Peter, James, John and the others are portrayed as being rather dimwitted and slow to understand!  But eventually most of them did get it.  And, then went on to share the good news of God's love throughout the Roman Empire.  And, at least according to legend, most of them died as martyrs.

But I wonder if the disciple we really need to think about aren't those from the first century--but rather those of us who follow Jesus in the 21st century.  In that interview Lennon went on to complain that it was the disciples who "twisted" the things Jesus had to say.  Do we?  Do we take the words of Jesus and make it fit our own ideas?  Or do we allow his teachings to shape who we are?

If you look at my music collection you'll quickly see that I'm a Beatles fan.  And that's fine.  But more importantly, I wonder, if you look at my life, can you tell I'm a follower of Jesus?  I hope so! 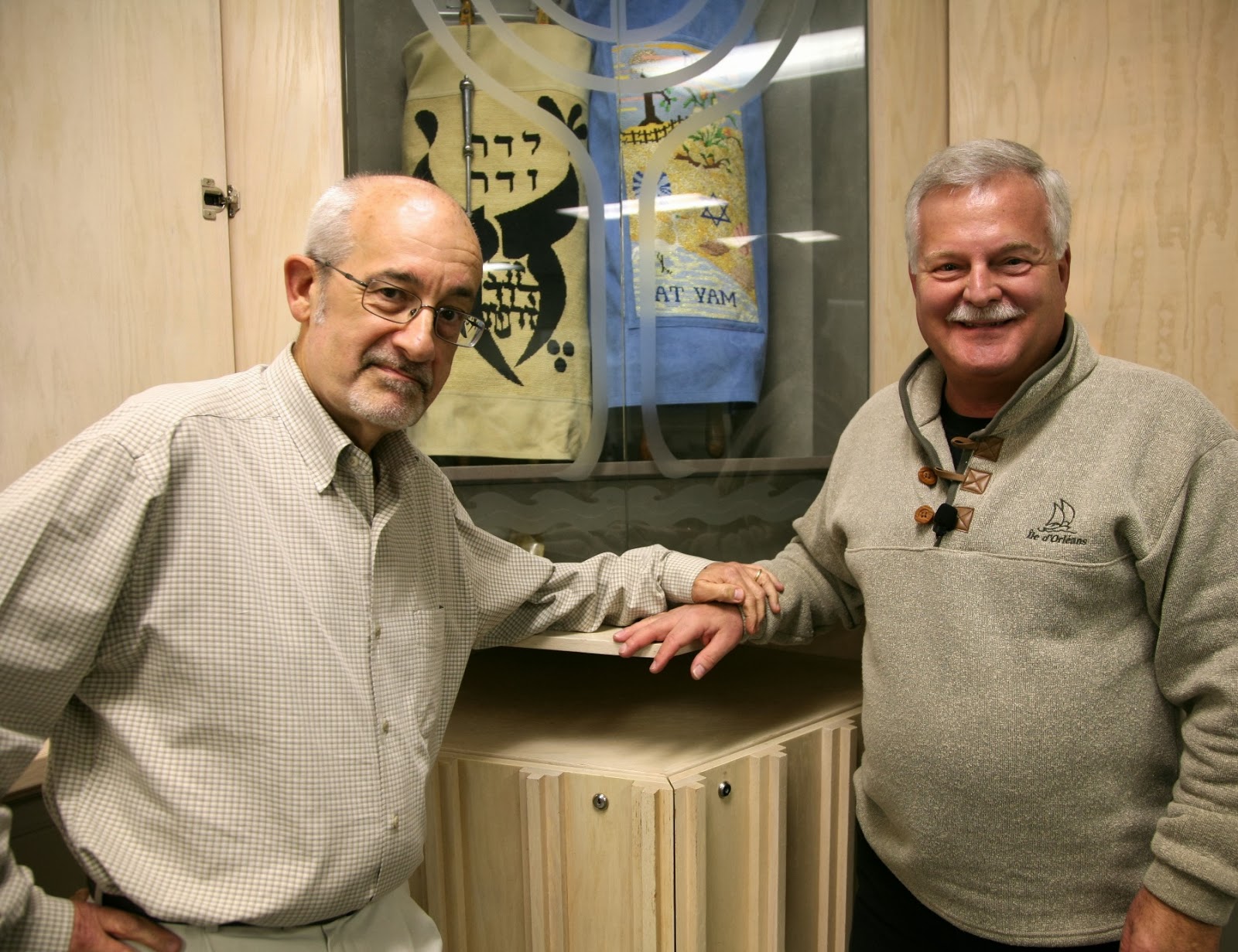 I'm teaching a class right at the moment dealing with the history of music.  Actually, to be more specific, I am co-teaching the class, and it's not music history in general, it's the history of sacred music in the Jewish and Christian traditions.  The course is called Psalms, Hymns and Spiritual Songs.  My co-teacher is Doug Renfroe, the cantorial singer and music director for Temple Bat Yam, a Reform Jewish congregation that shares our space here at Sanibel Congregational United Church of Christ.

Over the four years that I have been here, Doug and I have undertaken several projects together.  We have sung at each other's worship services and in concert.  He's a great guy--and an excellent musician.  I feel honored to be able to work with him so frequently!

Some folks would see this as a rather unusual arrangement--the Temple sharing our building; Doug and I leading worship and teaching classes together.  And, unfortunately, I guess it is a little rare.  But certainly not unheard of!  I've been blessed with good working relationships with a number of rabbis and cantors over the years.  My former congregation hosted a Reform Temple in Connecticut as they started their life as a congregation, and now, years later, after a horrendous fire at the Connecticut church, the Temple is returning the favor and providing them with a temporary home.
In New Jersey, I pastored a church that had also provided a worship space for the new synagogue in town when they were in the beginning stages of their existence.

Here's the point: despite what makes the news every day of the week, people of different religious persuasions can not only co-exist, they can live and work together.  That is cause to celebrate.  That is reason to sing!  Which is just what Doug and I are doing this month!
Posted by John H. Danner at 4:03 PM No comments:

Who's Watching the Books?

My daughter Elizabeth is a librarian--a children's librarian to be specific.  She works for the Cambridge (MA) Public Library in one of it's branches.


Recently Elizabeth was walking down the street when she saw a class of children who she reads to regularly coming the opposite direction.  When the kids spotted her they were very excited.  "Oh I know you!"  "There's Miss Liz!"  and so on.  But one little one looked very concern.  "If you're out here, who's watching the books?"  Elizabeth assured the child that her colleagues had everything under control.


"Who's watching the books?"  It's a good question.  Who's promoting reading--who's making sure in our increasingly visual world we are still remembering to explore the world of literature?  Certainly librarians like Liz are--as are many teachers, I'm sure.  But it is a task that ultimately falls to all of us!  It is vital that we remain a literate nation--not just able to read, but well-rounded in our reading!
Posted by John H. Danner at 8:04 PM No comments:

A View from the Past Informing the Present

I'm currently involved in what I'm calling my Presidential Project.  It's really pretty straightforward.  I've decided to read a biography of each of our presidents in chronological order.  Not only will it give me new insights into the individual men who've held that office, it is also providing me with a review of our history as a nation.  After slogging through the antebellum crowd (folks like John Tyler and Franklin Pierce) I have finally gotten to Lincoln.  What a relief--what a breath of fresh air!

One of the things I've been reminded of as I've made my way through our nation's first decades, is the reality that slavery was the driving issue.  Period.  There are those who suggest it was states rights versus federalism, and others who suggest it was economic differences in the north and south.  And those things certainly played a role, but year after year, the dominant issue was slavery.  Even Lincoln, initially, was not interested in abolishing it altogether, rather simply limiting it's expansion.

That said, let me recommend a movie.  12 Years a Slave.  If you hurry you can still catch it in theaters.  It is a powerful piece.  Beautifully written, it features some excellent performances and a stunning musical score.  But it is graphic--little is left to the imagination.  I found myself turning away from the screen more than once--and you will be hard pressed not to shed a tear.

Seeing the film, reading the biographies, I am reminded why it has taken so long for us to escape the underlying racism that still exists in this country.  Some say that studying history is a waste of time, that we need to focus on the present.  I say, you can't understand the present without knowing the past.
Posted by John H. Danner at 3:24 PM 1 comment: