Wit and Wisdom in a Time of Pandemic 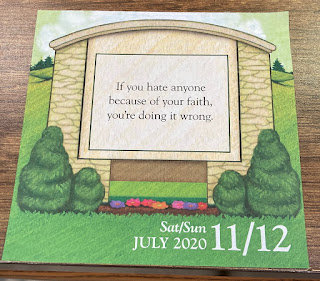 This past Christmas one of our church staff members gave me a clever desk calendar with a tear-off page for every day of the year.  (OK--full disclosure, Saturday and Sunday are combined into one page.  Somehow calendars, even those designed with clergy in mind, seem to forget that for some of us Saturday and/or Sunday is a workday!)

At any rate, this one does not feature Far Side cartoons or pictures of National Parks or recipes.  Rather, it has church signs.  You know, those signs out in front of church buildings that feature worship times, and sermon titles, and sometimes pithy sayings.  Some of them are extremely clever.  Things like, "God might call you, but probably not on your cell phone.  Turn it off during church."  Or, "Tweet others as you want to be tweeted."

In the last couple of weeks, though, there were two that I thought were extremely pertinent in this time of pandemic.  For those who think you shouldn't need to wear a mask in church because God will protect you from the virus, there was this gem:  "Trust in God, but lock your car."  And for those who are feeling the strains of physical distancing, there was this sweet thought:  "If your arms can't reach someone, hug them with your prayers."

This pandemic is hard on everyone--for a wide array of reasons.  And the church is not exempt (despite Florida's governor's exemption of house of worship from regulations governing the maximum  number of persons gathering on one place at a time.)  But humor--and a bit of homegrown wisdom--can help.  We must listen to what science has to tell us, but that doesn't mean we can't have a chuckle or two as well!

A Time to Grow Up!

Cartoonist Bill Keane, the creator of Family Circus, had a long running gag about how children often try to escape blame with the words, "Not me!"  Who made this mess?  Not me!  Who ate the last cookie?  Not me!  Who broke this vase?  Not me!  Keane even drew a little ghost figure that would appear in the comic with the words "Not me!" inscribed on its chest.  Sort of a Caspar the Blameless Ghost.
The one panel comic found its humor in the everyday issues of family life, and as a result often brought a smile to the face of readers.  And almost every parent can identify with the truth of the "Not Me" ghost.  Children will do most anything, it seems, to either escape blame or pass it along to someone else.  I know as a kid, more than once I said, "I didn't do it--Bob did it!"  Or, "it's not my fault, Mark made me do it!"  But I was a child--just like Billy and Jeffy and PJ and Dolly in Bill Keane's cartoon.  And so such behavior can be understood, and sometimes
even excused.  But a time does come when such behavior is no longer acceptable.  A time does come when you need to grow up and take responsibility for your actions--good, bad or otherwise.
I must admit, I don't always fess up when I've made a mistake.  Sometimes, in much subtler ways, I still conjure up the "Not me" ghost.  But for the most part, I have tried to be honest and have taken responsibility for my decisions, or lack of decisions, for my actions or lack of action.  I'm not perfect, but I am constantly working on it, and trying to own up to who I am and what I have done.
That said, I wish I saw more of that in our governmental leaders.  Some are indeed handling things well.  But not all.  I wish I saw more willingness to own up to the mistakes that have been made in handling the pandemic. I'm not going to point fingers.  I am just saying, it's time to grow-up.  It's time to live by what St. Paul models in his famous chapter about love in First Corinthians.  "When  I was a child," writes the apostle, "I spoke like a child, I thought like a child, I reasoned like a child; when I became an adult, I put an end to childish ways." (13:11)
Posted by John H. Danner at 2:22 PM 3 comments:

Guilt by association.  It's an intriguing concept.

This past weekend I was coming out of the local supermarket when I crossed paths with a man wearing a t-shirt that said, "If you don't like Trump you probably won't like me."

I wonder how much we all do just that?  I'm not speaking specifically about the president and his admirers, I mean how often do we assume things about somebody just because of their political party or their religion or their profession?  I suspect we do it fairly often, and thereby miss out on two things.

1)  We miss out on potential friendships.  I have one friend in particular whose views are diametrically opposed to mine in so many ways.  And she's not shy about expressing them in public.  But she often does very kind things for other people.  If I had written her off because of her politics I would never have come to know her!

2)  We miss out on a chance for meaningful dialogue.  If we all simply crawl into our own corners and surround ourselves with people who always agree with us, we eventually close down any chance at compromise.  Democracy (and for that matter life itself) works best when we are willing to listen, really listen, to a range of views and understandings.

I didn't have the guts to walk up to the guy with the t-shirt and say something like, "Hey, don't make assumptions!  I may really like you if I got to know you!"  It may have been because he was six feet, six inches tall, and looked like he weighed in at least two-hundred-fifty pounds.  Or it may have been because I was in a hurry and wanted to get my groceries home and out of the heat.  But I suspect it was really because I haven't yet fully learned the lesson I'm trying to offer in this brief essay, and made the counter-assumption that he was probably right. 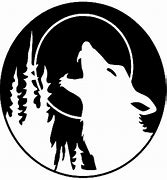 I was reminded today of an old legend, that is often attributed to the Cherokee tradition.
A grandfather, so goes the story, is trying to teach his grandson an important lesson about the importance of our thoughts.  "There is a battle going on inside me between my good thoughts and my bad ones," he says to his grandson, "It is like a battle between two wolves.  A good wolf and a bad one.  It is a vicious fight."
"So," asks the grandson, "which wolf wins?"
"Whichever one I feed," replies his grandfather.
I first heard that story on the Sunday following 9/11--when most of us were struggling with many mixed emotions, and many conflicting thoughts.  And somehow it seems equally as valid today.
What thoughts, what emotions, are we "feeding" as we face both the corona virus pandemic, and the civil unrest?  Are we allowing ourselves to dwell on negative feelings and ideas about other people, about our leaders, about groups of people?  Do you only expect the bad in certain people--or are you willing to look for the good?  I am not suggesting we should be taking a Pollyanna approach to any of it.  You need to recognize whatever realities we are confronted with--but how do you then deal with them?  Which wolf do you feed?
Posted by John H. Danner at 11:41 AM 1 comment:

It is rather cliched at this point, but it is also true:  this will be a Fourth of July unlike any other we've experienced.  There will be no public fireworks displays in our area.  The annual parade down Periwinkle Way has been canceled.  The parking lots at Sanibel City beaches will be closed.  And masks will be mandatory.

The later two items were decided at an emergency meeting of the Sanibel City Council held just yesterday.  And I agree with the actions they took.  Some folks don't--especially mandatory masks in public indoor spaces.  "It's unconstitutional," some folks claim.  "I have a right to not wear a mask if I so choose," say others. 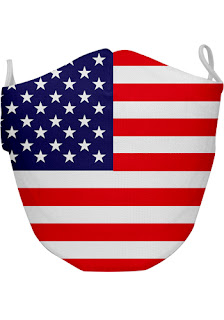 I am not a constitutional expert, I won't attempt to tackle the first of the complaints.  But I do hope as we approach Independence Day weekend, we can give some thought to the idea of rights. Having individual rights is essential to our democracy.  But what we tend to forget when we get caught up in claiming our right to do something (or in the case of mask-wearing, not do something) forget that we also have a responsibility to the larger community.  We sometimes forget that we are called by our founding documents not just as  individuals to pursue "life, liberty and happiness" but also to "form a more perfect union."  It is always a balance between individual rights and societal need, recognizing that without a healthy, functioning society, individual rights become meaningless.

I do not enjoy wearing a mask.  I do not like the way it cuts us off from each other.  I do not like the physical discomfort it sometimes creates.  But I do like being healthy.  And I like knowing my elderly mother is Covid free.  And so I wear a mask.  If we all did so voluntarily, we would not need ordinances to mandate such a practice.  But that is not the case. It is o different, in my mind, than mandatory seat belt laws.  It doesn't infringe on my rights--it helps create a more perfect union.
Posted by John H. Danner at 10:54 AM 1 comment: