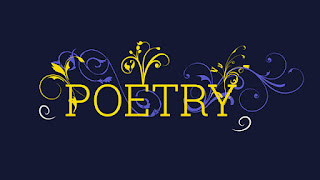 Over this past year, since March 15, 2020, shortly after the World Health Organization declared a global pandemic, I have been posting live on Facebook a brief devotional offering I've called "A Poem and a Prayer."  Three-hundred-sixty-five poems, by dozens and dozens of poets.  Some well known, like Robert Frost, Carl Sandburg, William Butler Yeats, Emily Dickinson and Rumi.  Others known by far fewer, like my friends Maren Tirabassi, Jennifer McLean and Tanya Hochschild.  During February
I focused exclusively on Black poets, in honor of Black History Month, Langston Hughes, James Weldon Johnson and Amanda Gorman among others. I have discovered any number of poets that I didn't know before, like Jeanne Murray Walker, and was pleased to share some of my old favorites, like Shel Silverstein, Madeleine L'Engle and Maya Angelou.

And each day I have also offered a prayer, always making intercession for the sick, the grieving and those yearning for justice.  They have been reflective of themes raised up in the poetry.  Some days they ahve been short and to the point, other days there has been much to say, and much to pray.

I have decided to continue this practice.  To begin with, the pandemic which set it all in motion is far from over, despite the gradual improvement in things.  And the racial reconciliation, which hopefully was set in motion last summer, will take a real measure of time.  And poems and prayers can help us deal with both.

I am always open to suggestions, recommendations, for specific poems and specific poets.  And I also welcome prayer requests.  My hope is that all this will be helpful for for those who listen in.  I know it has been helpful for me!